The Broadway hit show is holding open auditions for singers and dancers.

Here is a chance to audition for a hit Broadway musical. “Hamilton,” the hit Broadway show, is looking for singers, dancers and rappers to join the cast and holding open auditions in major cities.

There are 4 open auditions scheduled in April. There will be a dancers open call in Los Angeles – Casting directors are seeking amazing, adult dancers (who also sing) and are trained in multiple forms of contemporary dance styles including hip-hop. There will also be a Los Angeles open call for singers who rap. The show is looking for men and women of color between the ages of 20 and 30 who can both sing and rap. San Francisco will host a singer open casting call as well. Lastly, in the beginning of May 2016, open auditions will be held in the New York City area for singers and rappers as well.

Please note that union and non-union performers are welcome to audition and will be considered for the roles. The upcoming auditions are for the Broadway show as well as roles available in the touring production. No prior theater experience is required. Please see the casting flyers below for all the details, auditions dates, times and locations. If you do not live in the above mentioned cities, you still may have a chance to audition for “Hamilton” on Broadway. Please see the nationwide online audition for the show.

The hip-hop, rap and pop musical mixes history with modern music and tells the story of America’s fathers in a very unique and entertaining way.  ”Hamilton” is created by Lin-Manuel Miranda.  Rumor has it that while on vacation, Miranda picked up the biography of Alexander Hamilton written by historian Ron Chernow. Miranda was so inspired that he created a Broadway musical. The musical made it’s off- Broadway debut exactly a year ago ant by summer, the musical was so popular that the production moved over to the Richard Rodgers Theatre theater on Broadway. Since then, the show has received unprecedented acclaim and critics have been raving about it. The show also just added a grammy to it’s growing list of awards. 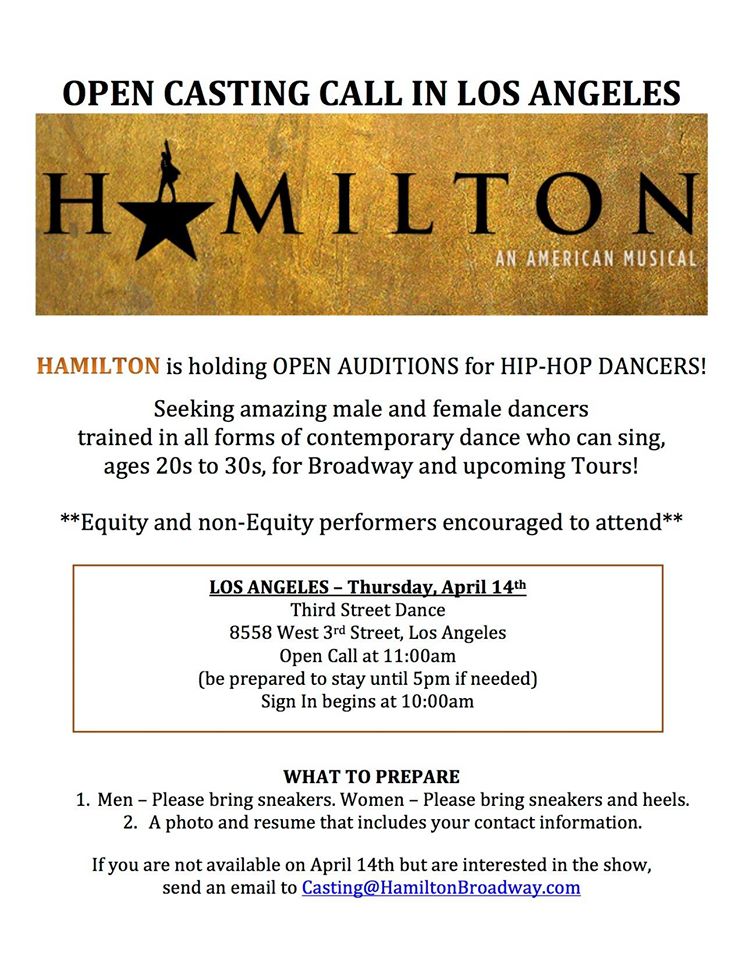 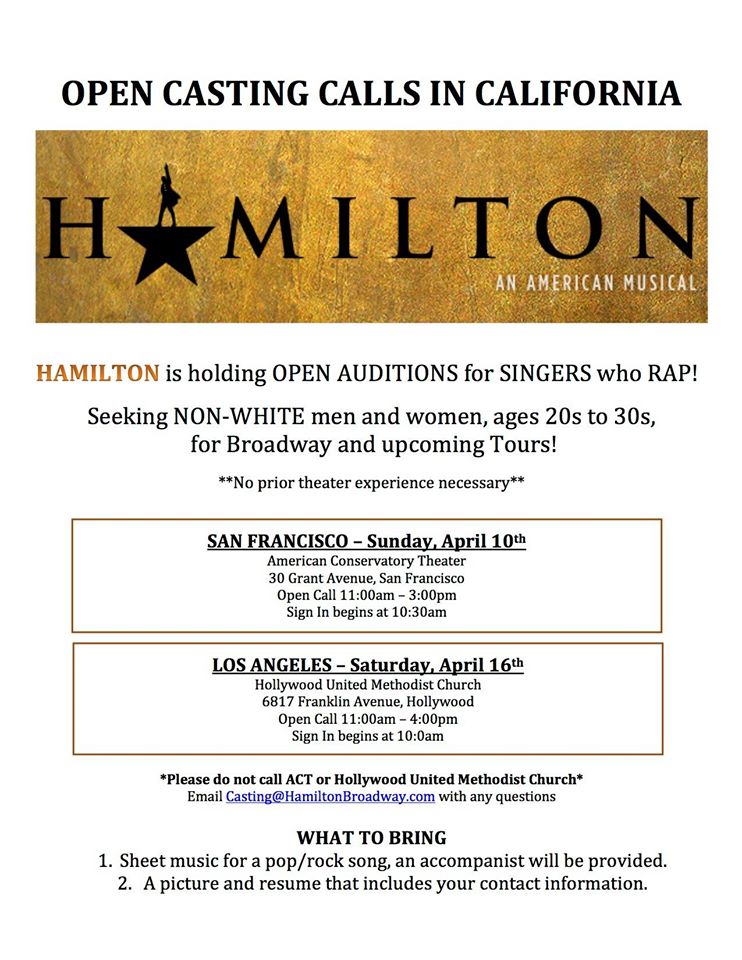 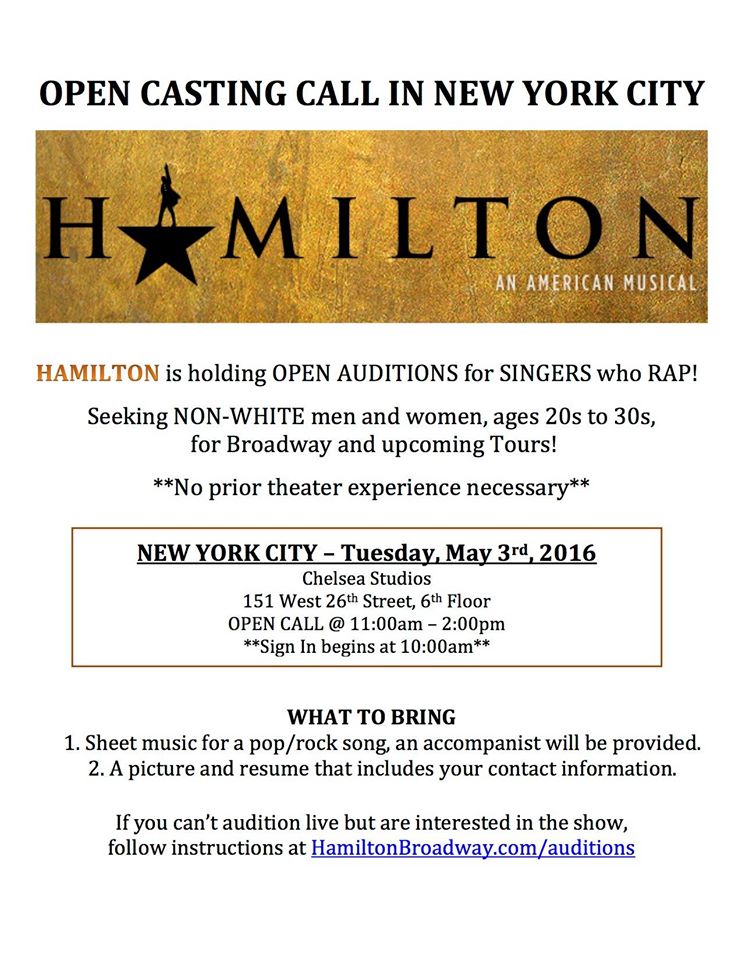