“Hamilton” is now holding auditions for actors, singers and rappers to join the hit, Broadway show.

The casting directors for the Broadway show are headed to Dallas and Atlanta to hold auditions for amazing singers, actors and rappers. The show is looking for talent to join the cast for both the touring and Chicago companies. Both union and non-union talent of all ethnicities is welcome to apply for the coveted spots in the show. For talent that is not able to make the in person auditions in Dallas or Atlanta, you are still able to be considered for the show. The casting directors are also accepting emailed submissions. Please see the casting notice below for the details.

“HAMILTON IS THE MOST EXCITING AND SIGNIFICANT MUSICAL OF THE DECADE. SENSATIONALLY POTENT AND THEATRICALLY VITAL, IT IS PLUGGED STRAIGHT INTO THE WALL SOCKET OF CONTEMPORARY MUSIC. THIS SHOW MAKES ME FEEL HOPEFUL FOR THE FUTURE OF MUSICAL THEATER.”
—Terry Teachout, The Wall Street Journal 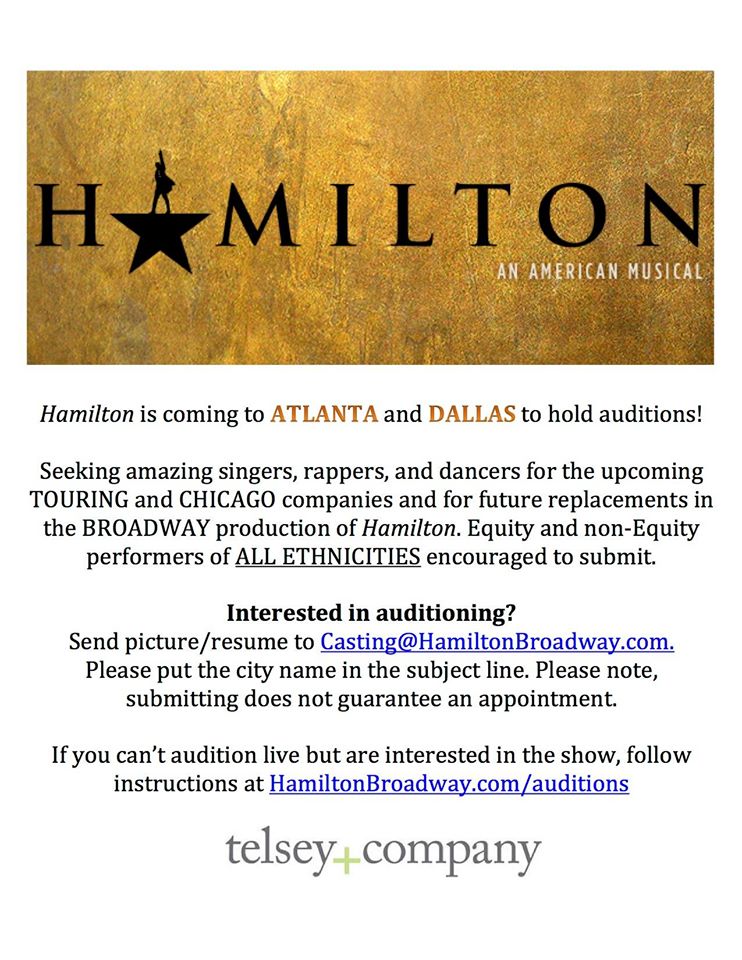 Audition for “Hamilton” the musical

A current picture and resume that includes your height and weight
Your location, contact information (cell phone # and email address) and your date of birth (if under 18)