LVCP FILM FESTIVAL 2017 – A group of young upcoming directors are filming a series of short films, for the LVCP Film Festival 2017.

ROLES: first “Title of the film”, then roles description

Politician – overconfident, arrogant, and painfully addicted to sugary foods. Heavy built, age range 40-50, though younger (30s) is okay. Would like gray/white hair or salt & pepper hair.
Misc. Security Advisors – Gender Not Specific. At least one male. Late 20s to early 40s accepted. Ability to have a stern face for a decent period of time is desired.
Security Advisor – Male preferred. 30s. Dark hair. Gray/Silver in hair is fine. Fit, strong. They’re a war veteran who’s seen a lot.
Contact – Male preferred. Height is not specific. 35-45. Tries to fake confidence, but he’s really a nervous guy who’s never ordered a hit on anyone before.
Contractor – Female preferred. Tall. Cold, calculating. On the older side, so 40-50. Gray/silver hair if possible. Pretty okay at faking confidence, but a slimy coward underneath.
Renegade/Cobalt – Female. Dark brown hair. The actress must be able to portray a bipolar character – the ability to have a “cold/hard resting face” is a necessity. Must also be able to be friendly and confident, and act semi-arrogant.
Neighbor: Condescending, nosy. Female is preferred but male should work just fine. 45-50 years old.
Detective Rick Cornwall: quick of wit and friendly, but he’s still got that hard edge. This guy’s seen a lot of crime. Late 20s to 30s. Muscular.

Terrence- Average young man in the late teens to early 20s
Handsome / Lead / Medium Height / Male / Caucasian / 18-23
Guillermo- “a larger person, around his early to mid 20s, and more extroverted than Terrence. He appears to have some breathing problems”
Heavy / Supporting / Caucasian or Asian / 22-28
Observer Tall / Supporting / Any Ethnicity / 30-45.

Jack: mid to late 20’s. Very self-centered anchor, who only cares about himself. He always wears suits.
Phil: a man in his late 30’s who really wants to do more than work this show.
Bart: a new intern who looks to be in his early 20’s. Nerdy look.
Cameraman 1: a man in a white tee and blue jeans.
Cameraman 2: a man in a black tee and khakis. 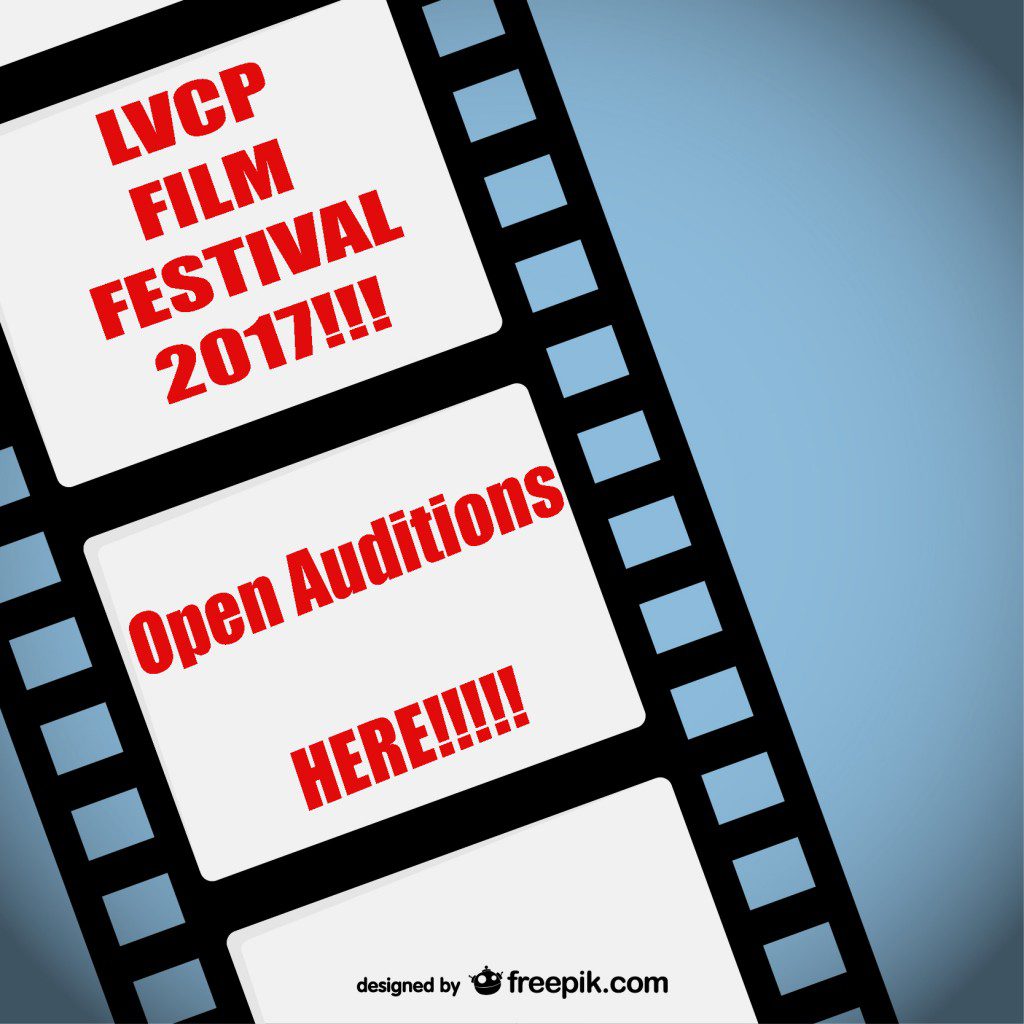 Project: LVCP FILM FESTIVAL 2017
Producer: Sandra Myers
Directors: A group of young upcoming directors are filming a series of short films for the Film Festival. We will have a red carpet premiere and show at local venues. Description: Short Films for the film festival
Format: 4k Digital

Address: East Bay area California,
at: 5674 STONERIDGE DRIVE. PLEASANTON CA 94588
Please note: IT IS NOT STONERIDGE MALL. THIS IS A SHOPPING CENTER ACROSS THE PLEASANTON COURTHOUSE, TOWARDS HACIENDA DRIVE, towards Gibraltar drive.

WE HAVE ROLES FOR ALL AGES AND ETHNICITIES.
THIS IS A NON-UNION, DIGITAL COPY, AND CREDIT PROJECT.

Payment: Non Paid
THIS IS A NON-UNION, DIGITAL COPY, AND CREDIT PROJECT.

City or Location of call: 5674 STONERIDGE DRIVE. PLEASANTON CA 94588 Please note: IT IS NOT STONERIDGE MALL. THIS IS A SHOPPING CENTER ACROSS THE PLEASANTON COURTHOUSE, TOWARDS HACIENDA DRIVE, towards Gibraltar drive.

This casting notice was posted by: LVCP FILM FESTIVAL 2017