Professional & student actors (18+) are invited to audition for scenes to be filmed on the sound stage at Columbia’s Media Production Center. Actors will receive a digital copy of the edited scene. Scenes will be filmed in the evening on one of six dates: April 11, 12, 18, 19, 25 & 26.

Actors may book both dates & should bring a prepared monologue & hard copy headshot with resume to the auditions.

Email:
Hannah.Faris@loop.colum.edu
to schedule an audition.

City or Location of call: Chicago, IL
Please submit to: Hannah.Faris@loop.colum.edu by 2017-02-23

This casting notice was posted by: Columbia College Chicago 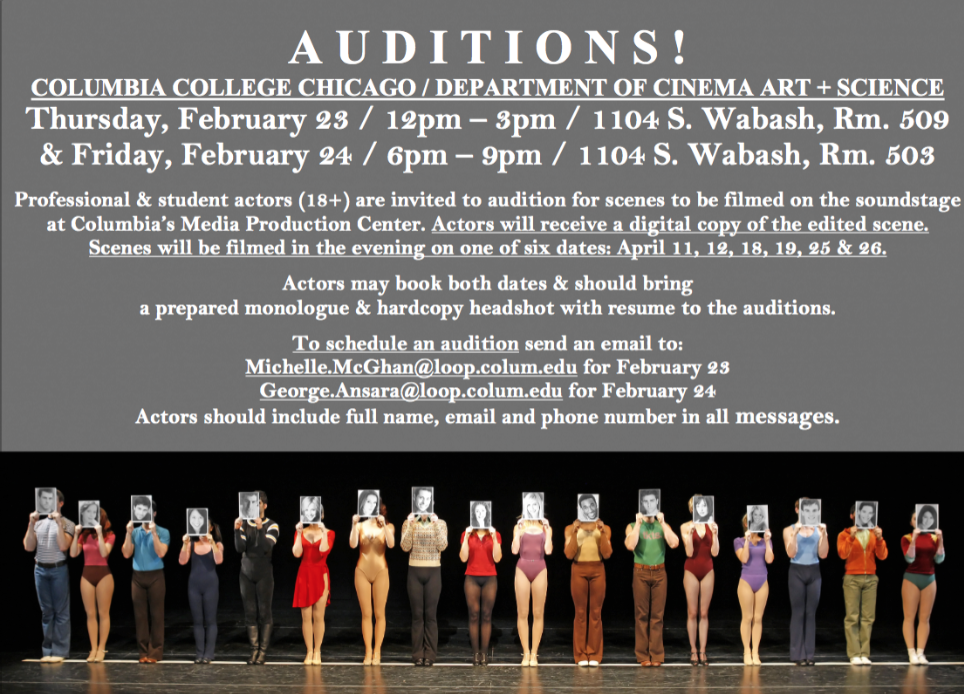