Steven Spielberg’s upcoming film “The Kidnapping Of Edgardo Mortara” is now in pre-production and Spielberg is looking for a child actor to play the lead role of Edgaro.

A casting call is out for a child actor to play a Jewish Italian boy ages 6 to 9. The story revolves a young Jewish boy, secretly baptized by a Catholic maid who subsequently was taken from his Jewish home to be raised as a Catholic. The talent search is on for a child actor who fits the bill. Casting directors for Steven Spielberg are looking for a child that looks Jewish Italian, however, an Italian accent is not required for the role.

The Steven Spielberg movie has quite a few open audition casting calls coming up in various cities around the world including New York, London & Vancouver.

Steven Spielberg is helming the film for Amblin Entertainment. “The Kidnapping Of Edgardo Mortara” is an adaptation of David Kertzer’s Pulitzer Prize winning book of the same name. Tony Kushner, another Pulitzer Prize winner,  is writing the screenplay. Oscar winner, Mark Rylance, has been cast as Pope Pius IX. Rylance also has the lead role in the upcoming film “The BFG.” This will be the third straight film Spielberg and Rylance are working on together. This is one of a few projects that Spielberg is working on. Spielberg has an adaptation of Ready Player One (which also held a talent search for child lead roles earlier this year) that is set to be released in 2018 and he will also be directing Indiana Jones 5  as well.

Rylance won an Oscar for his role in Spielberg’s “The Bridge Of Spies.” “The Kidnapping Of Edgardo Mortara” is being produced by the same team that did “Bridge of Spies,” Steven Spielberg, Marc Platt and Kristie Macosko Krieger. According to the film’s IMDB page, the production will be filming on location in Bologna and other parts of Italy.  According to Deadline, Production of “The Kidnapping Of Edgardo Mortara” will start at the beginning of 2017 and the production is planning on releasing the film at the end of 2017. 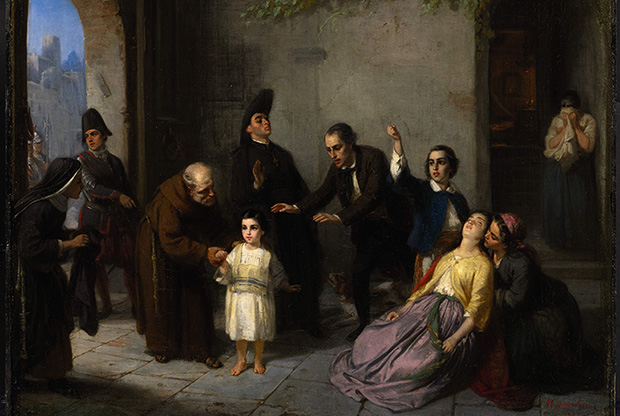 Bologna, 1858: A police squad, acting on the orders of the Inquisitor, invades the home of a Jewish merchant, Momolo Mortara, wrenches his crying six-year-old son from his arms, and rushes him off in a carriage bound for Rome…. Kertzer begins his fascinating investigation of the dramatic kidnapping, and shows how this now obscure saga would eventually contribute to the collapse of the Church’s temporal power in Italy.  – David Kertzer site 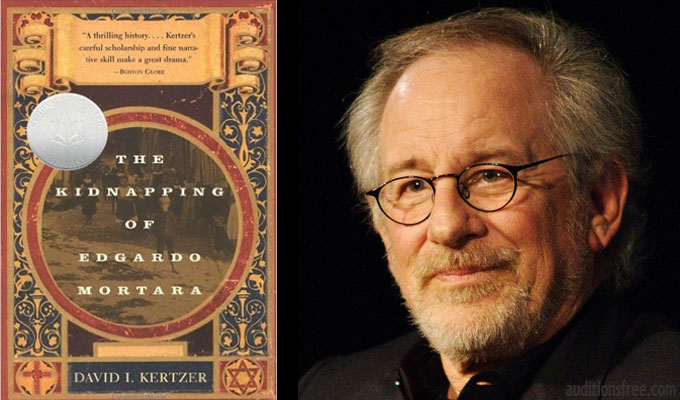 EDGARDO — BOY age 6-9 to play 6 years old. This is a unique and very challenging part for a truly special boy. The story deals with the complexity of an extremely intelligent and gifted child’s situation – his desire to return to his family and the faith of his ancestors, pitted against his ability to learn the Catechism and engage with the Pope on a level far beyond his years. HE SHOULD APPEAR TO BE A JEWISH ITALIAN child. We are not looking for any kind of Italian accent. LEAD.

STORY LINE — Steven Spielberg is making a film about the true story of EDGARDO MORTARA – a 6 year old Jewish boy from Bologna who was reported to have been secretly baptized by a maid, and was deemed by the Catholic church therefore to be Christian. Pope Pius IX (to be played by Mark Rylance) decreed that the boy could not remain with his Jewish family. He was seized by the Papal State and taken to the Vatican where his indoctrination into Catholicism began. This was a cause célèbre of mid-nineteenth century European politics and the domestic and international outrage against the pontifical state’s actions may have contributed to its downfall amid the unification of Italy. This is an incredible story of real historical relevance.

If you want to include a brief introduction, bio or resume, please do! Edgar needs to be highly intelligent…. please note any related, special, or fun facts so we get to know him! – Maryland Film

EDGARDO – SEARCH
BOY age 6-9 to play 6 years old. This is a unique role for a truly special boy up for a challenge. The story deals with the complexity of more…

ATTEND AN OPEN CALL IN YOUR AREA: