‘JAMBALAYA, THE MUSICAL’ is a rollicking, contemporary musical set on the shores of a lush Louisiana Bayou. A high-energy, electrifying tale with pathos, comedy and heart, the music extends from Broadway Rock to Zydeco, Cajun and Hip Hop. A ‘coming-of-age’ story with fiery music, sizzling dance, magic, mysticism and a cast of colorful characters.

Created and written by award-winning director in theater, film and TV, Nancy Gregory; Music by Rock and Roll Hall of Fame Songwriter, Jeff Barry and team; Production design by Joe Stewart, a multi-Emmy Award winner from Louisiana who has worked with artists such as Celine Dion, Michael Jackson and Willie Nelson.

‘JAMBALAYA, THE MUSICAL’ was workshopped on September 8th, 2016 at the Heymann Theater in Lafayette. This led to a 7-show run at the Orpheum Theater in New Orleans in December 2016 to standing ovations.

This will be a showcase performance to introduce the show to a series of interested theaters, leading to a National Tour traveling across America in the 2017-2018 theatrical season. 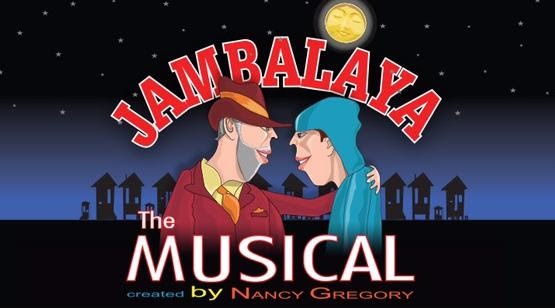 NOTE: We will be looking to double-cast most roles as there may be two companies performing at the same time.

City or Location of call: New Orleans, Louisiana
Please submit to: See above by 2017-05-26

This casting notice was posted by: G&S Productions, LLC