Get cast in “Black Lightning”

It’s pilot season and another comic book inspired TV show is in the works. A casting call for the upcoming “Black Lightning” TV show has been released by Atlanta’s BACA Casting.

Originally, the show looked like it would land on FOX but according to Deadline, that deal fell through opening the door for CW to bring another Berlanti comic inspired TV series into the fold. Greg Berlanti and Sarah Schechter are named as executive producers on “Black Lightning” with husband / wife team of Salim and Mara Brock Akil writing for the show.  Also according to Deadline, Cress Williams has been cast as Jefferson Pierce also known as Black Lightning and Christine Adams will play opposite Cress Williams as Lynn Pierce. 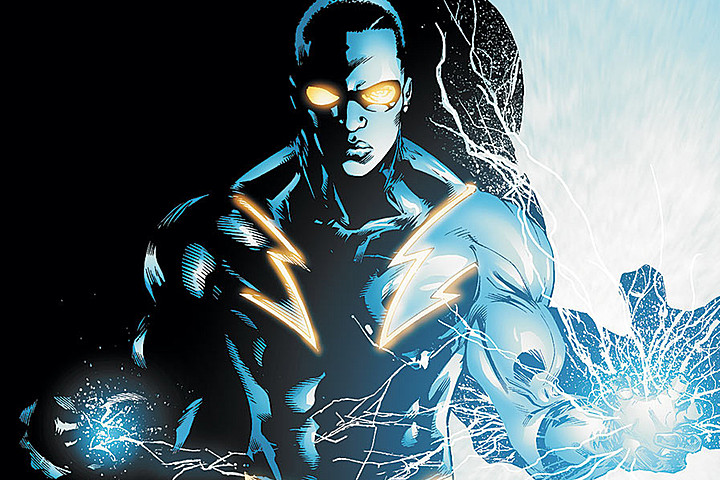 BACA is looking for extras to work on a CW Pilot for BLACK LIGHTNING with director Salim Akil (The Game, Sparkle) in and around Atlanta, with shoot dates March 21st thru April 1st.

BACA is looking for STAND-INS to work on a CW Pilot for BLACK LIGHTNING with director Salim Akil (The Game, Sparkle) in and around Atlanta, with shoot dates March 21st thru April 1st. Please read requirements carefully and submit to blacklightningextras@gmail.com

Also, please note that the show films in Atlanta and will only be considering talent in the Atlanta area as these are extras roles and travel is not being paid.

Please see below breakdown and submit accordingly to blacklightningextras@gmail.com 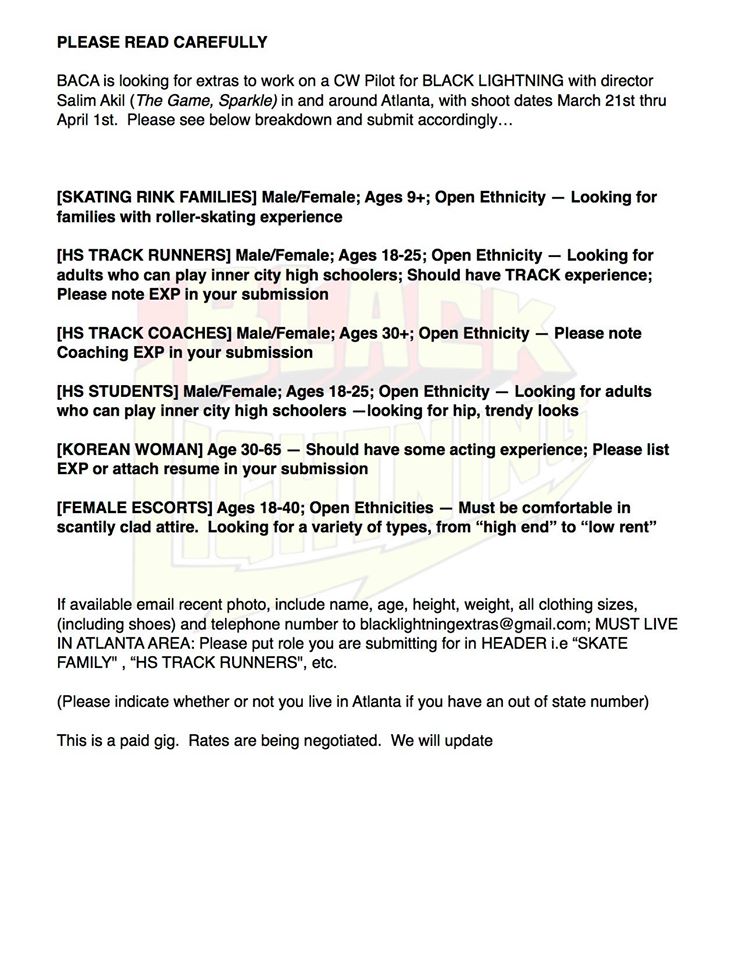 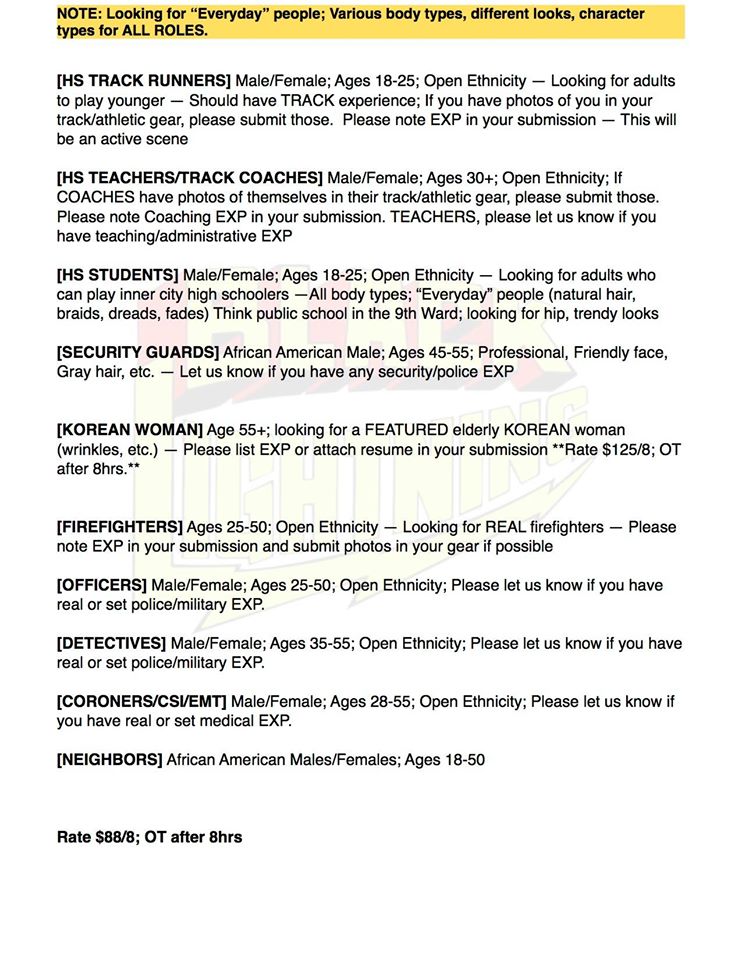 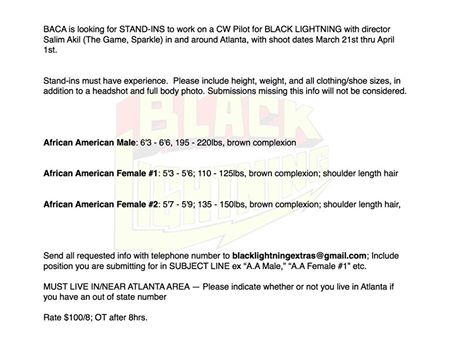