Get cast as an extra in a movie

Gerard Butler and 50 Cent are teaming up for a heist movie.

The movie titled “Den of Thieves” is beginning  production in the Atlanta area and casting directors are now taking submissions for multiple non-speaking, extras, featured extras and stand-in roles. Casting directors in Atlanta (ECA ) have been releasing casting calls for upcoming talent needs. The movie is filming in Atlanta January and February 2017.

Gerard Butler will co-star and produce the movie.  According to Deadline the movie is described as a crime thriller that follows 2 intersecting groups, an elite unit of the L.A. County Sheriff’s Department and  a crew of professional bank robbers planning a dangerous and almost impossible heist.  The bank robbers are looking to hit the Federal Reserve Bank in Los Angeles where they will ultimately cross paths with the elite team of cops who are bent on taking the crew down.  Entertainment news website,  Deadline  reports that the upcoming crime drama is “a Los Angeles crime saga in the vein of Heat.”

Curtis ’50 Cent’ Jackson plays a character named Enson who is part of the crew planning to rob the Federal Reserve Bank. Gerard Butler plays a corrupt cop.  According to the film’s IMDB page,  The project is being produced by Relativity Media and Tooley Productions and will be domestically distributed by STX .  Tucker Tooley, Mark Canton, Alan Siegel and Gerard Butler are named as producers on the project.  Diamond Film Productions’ Glenn Feig , Scott Lumpkin and Jamie Marshall are named as the executive producers on the movie. 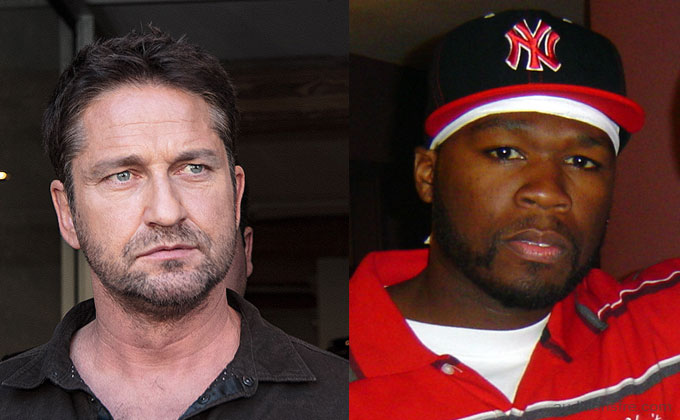 Please note that the movie films in Atlanta and casting directors are only considering submissions from Atlanta area locals as no travel expenses are being covered and these are extras roles.

FOR TOMORROW – Saturday 4/8 — afternoon call 3-4p in Dunwoody through the night – higher photo double rates – we are seeking the following:

African American Male – 5’10 – give or take an inch – nice head of grey hair — email pics and height and sizes to: DenExtras@gmail.com DOUBLE ONE in Subject

That’s it for Den

Please be sure to check out all the other TV shows and movies that are currently casting talent in the Atlanta area.