The show is written by Josh Appelbaum, Andre Nemec, Jeff Pinkner and Scott Rosenberg. The pilot episode is being directed by Gary Fleder. According to Deadline, the story focuses on Ethan, a brilliant but misanthropic engineer who recruits a skeptical Homeland Security psychiatrist, Nora (Miller) to help him track a mysterious bank robber whose theft of 66 specific safety deposit boxes, belonging to the elite and powerful, sets in motion a series of blackmails that might be linked to a greater conspiracy. John Leguizamo is set to play an ex cop turned bartender who happens to be the best friend of the show’s lead character, Ethan.

The pilot is written by Jeff Pinkner, Andre Nemec, Josh Applebaum and Scott Rosenberg of Midnight Radio. The four writers are also credited as executive producers on the ABC Studios produced show. 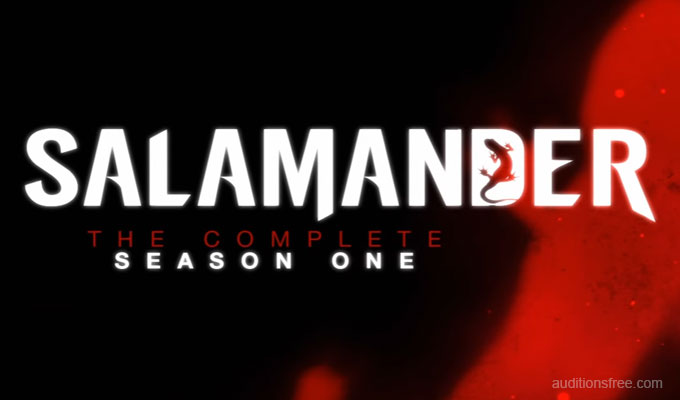 Grant Wilfley Casting is seeking NON UNION Men and Women to portray BROOKLYN FERRY RIDERS for work on the new ABC pilot “SALAMANDER”. The scene will film on Thursday, MARCH 30th, 2017 in Brooklyn.

If available and interested, please email pilots@gwcnyc.com with the following information:
1)YOUR NAME
2) PHONE#
3) SAG-AFTRA or NON UNION
4) wardrobe sizes
5) What ID you could bring to set to fill out an I9
6) attached a current/candid picture.
7) If you’ve worked on the project before, if so when and as what

This is exterior work, late fall season. Must have full day availability as we do not get the call time before the day before.
TRI STATE LOCALS ONLY!

While the trailer for the ABC version of “Salamander” is not yet out, here is the trailer from the Belgium TV series.

Everyone has secrets, his public as well as his hidden life. One of our most fundamental fears is that our secrets will one day become public and be used against us…

Brussels / Belgium. Sixty-six safes are robbed during a spectacular and bloody raid on the small but influential and extremely discreet private bank, Jonkhere, in Brussels. The owners of those safes form a select club of powerful people in Belgium. The bank s clients hold high-level positions in industry, finance, the military, the magistracy, politics, unions. Strangely enough, only the safes belonging to these powerful people were hit, and while the perpetrators took no money, they did take documents. Pandora s box has been opened!

When a police detective starts checking the files of the robbery, he must soon run for his life…