synopsis: Carlos is institutionalized in a rehab facility for opioid addicts. He is having hallucinations as a result of an experimental drug that is being pumped into him in order to suppress his cravings. As his mind continues to deteriorate Carlos begs the staff to stop giving him the drug, but his plead falls on deaf ears and he is forced to take more drastic measures in order to escape and keep his sanity intact.

lead role:
Carlos: 25-35, is an opioid addict and is institutionalized in a rehab facility where he is being treated with an experimental drug in order to suppress his addiction. The drug makes him hallucinate which in turn leads him to question the legitimacy of the treatment. He is a mellow individual with a bit of a twitch. He is worn out, anxious, and it’s hard for him to assemble his thoughts.

supporting:
Dr. Jacob: 55-65, is the head doctor at the rehab facility. He’s a cold and very calculating man. Rarely shows emotion. He is aware of the neurological damage that his tests are causing on the patients. He believes that the tests will advance humanity to its next evolution a synthesis between man and machine.

Woman: Asian, 20-30, runs an opium den in the outskirts of town on her own. She is a mute. She used to be romantically involved with Carlos until he was taken away by the state. She is hardened by years of constant struggle on her own but remains composed through every hardship. 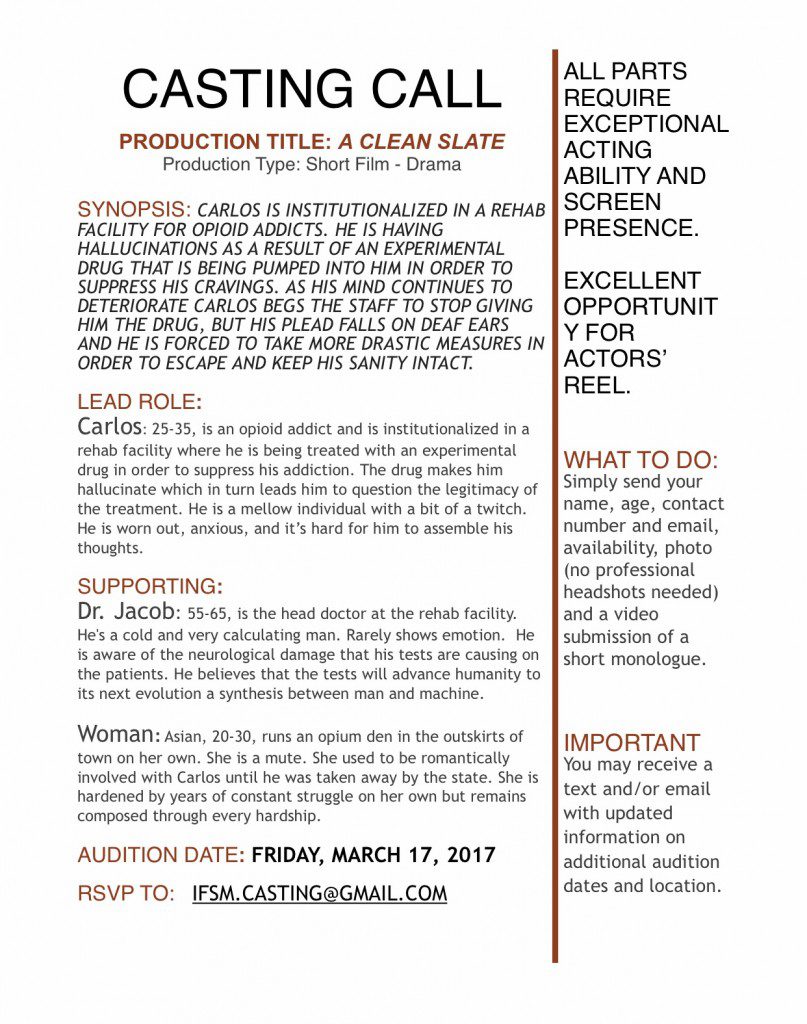 This casting notice was posted by: Casting Directors