CBS’s newest reality competition show “Hunted” just premiered a few months back and producers are on the hunt to cast upcoming seasons.

Casting directors for “Hunted” have setup an online audition page for people who would love a chance to compete in future seasons of the show.

The show features teams of 2 competitors who attempt to disappear in today’s digital world. Nine teams start off with the mission of getting lost for 28 days. However, the show’s teams of investigators will not make falling off the radar all the simple.  “Hunted’s” highly skilled team of trackers and investigators is on their tail.  The tracking team uses state-of-the-art tactics as well traditional methods  to find their fugitives.  Trackers will leave no stone unturned. They will search their homes, search their phone records, check their internet browsing history and much more all to get clues to where the teams may be hiding.  Teams drop out as they are found and the teams that evade capture are looking to win $250,000. 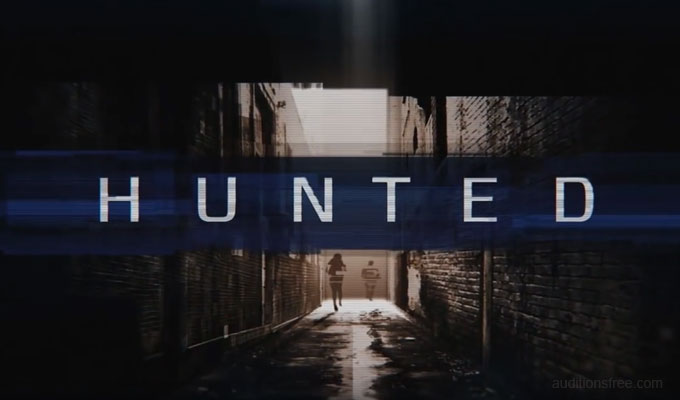 Interested? Here is the information for how to get on “Hunted”

CBS is now casting a brand new competition that will take ordinary Americans and send them on the run in a real life manhunt.

In today’s digital world, “disappearing” is next to impossible… or is it? Hunted will give participants the opportunity to put their know-how and skills to the test as some of the world’s most highly skilled investigators use state-of-the-art methods along with traditional tactics to find them. If you had to disappear, what would you do?

We are looking for smart, adventurous TEAMS OF 2 to take on the challenge. If you or someone you know:
– has ever dreamed of going on the run
– wishes you could escape your mundane life and become the star of your own action movie
– think you have the skills to outsmart some of the nation’s most talented investigators
– has strong opinions about our nation’s surveillance programs

Interested in getting on Hunted? See this page for all the casting information.