Kristen Bell has a new show coming out on ABC and casting directors for the series are looking for folks that were involved in High School musicals and would love a chance to reunite with their old high school cast and share the spotlight one more time.  If you thought theater would be your life, but things just did not work out that way, here is a second shot.

Kristen Bell will be reuniting former high school classmates who all took theater class together.  Kristen Bell is also serving as executive producer on “Encore.”

The new ABC show is looking for folks that appeared in musicals such as Hairspray, West Side Store, The Wiz, Dreamgirls, Guys & Dolls, etc.  “Encore” is currently casting people that went to high school in the 80’s and 90’s and are itching to be part of a musical again.   The new ABC reality competition show is now casting and the deadline to apply is December 4th.    “Encore” is set to premiere on the 10th of December however the musical oriented show is currently casting for upcoming episodes in 2018.

Casting Duo is excited to announce a fun new show for all of those Theatre and Musical lovers out there. And who doesn’t love Kristen Bell? If you’ve ever wanted one more day in the stage spotlight, then here is YOUR chance!

The casting team has setup an online audition process and those interested can see the details on the casting notice below. 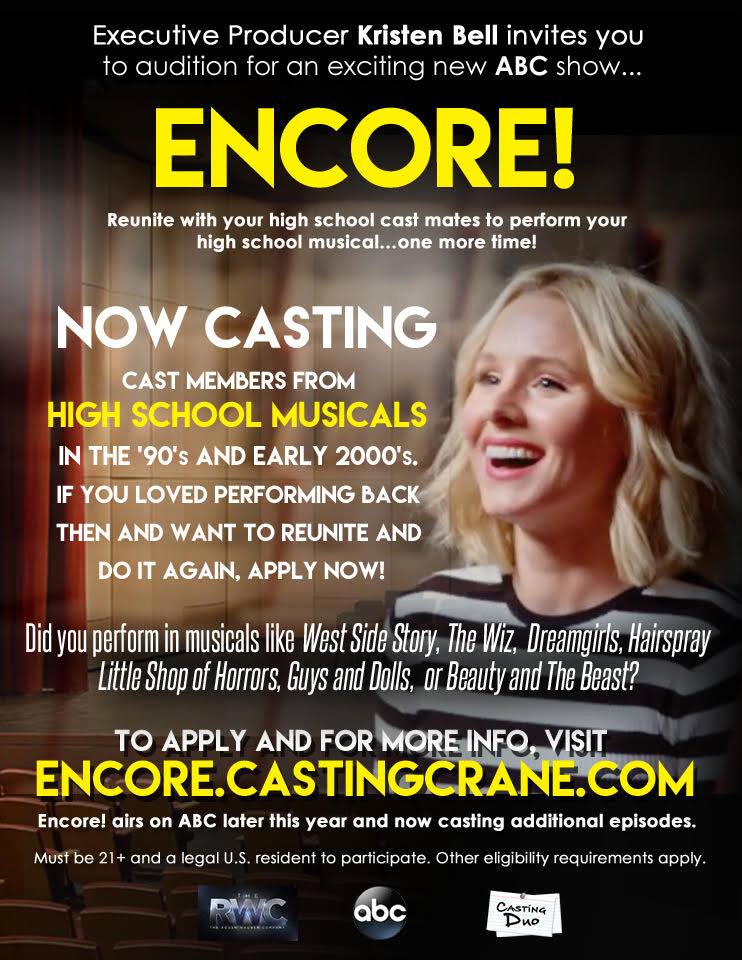