MTV’s show “Are You The One” now casting.

Be A Part Of The MTV Phenomenon AND SPLIT ONE MILLION DOLLARS! Casting MTV’s ARE YOU THE ONE: Sexually Fluid.

We want to hear from every type of man and woman. The jokesters, the jocks, the fems, mascs, and everyone in between!

You Should:
Have Had Sexual Encounters with Both Girls and Guys
21-28

Let Me Know Who Would Be Perfect For MTV! 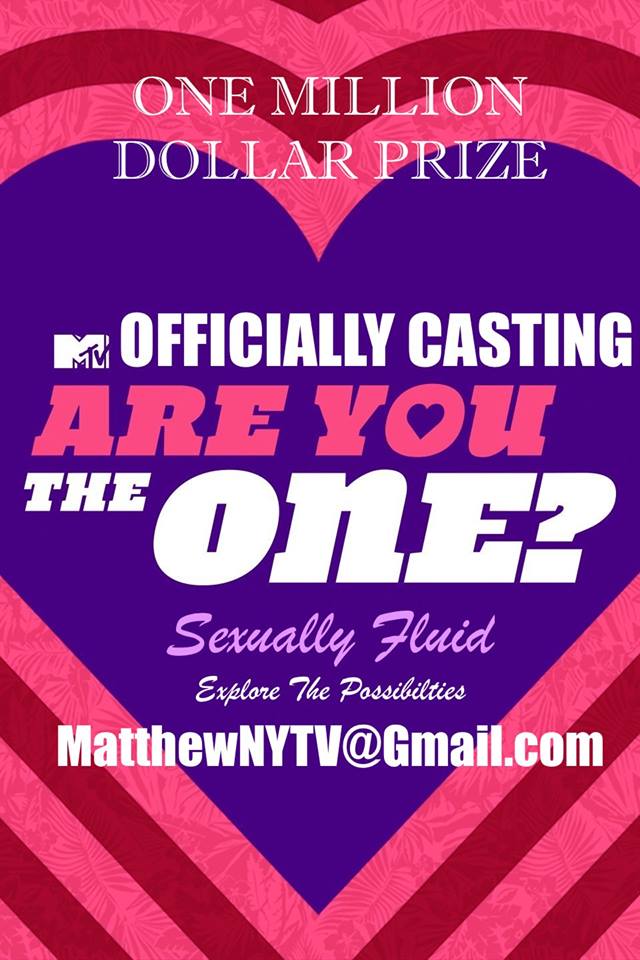