My name is Drew Taylor and I am shooting a NO-BUDGET fan film for a Star Wars® contest that is due Sept 17, 2018. I am a multimedia producer for a news-centered production company. I have a background in filmmaking, music videos, animations, and much much more.

The goal here is to shoot an aweseome Star Wars fan film and have a good time doing it. We have less than a month to shoot and edit this whole thing. Thankfully, most of the work is already done and due to the contest rules, the total runtime of the film can only be 5 MINUTES. The goal is to shoot everything in 2 days on Saturday Sept 1st, and Sunday Sept 2nd, 9/1-9/2.

Shooting will take place at Hempstead Lake State Park in Lakeview on Long Island. Food and Refreshments will be provided. Transportation will be arranged by production. There will be no-pay for anybody on-set.

Call time will be 8AM with the first shot to take place at 9AM. We break at 2PM and return to shooting at 3PM finishing at sunset. The more we get done on Day 1 the less we have to shoot on Day 2.

We will be shooting on a Canon 7D Mark II with a single Rokinon Cine Lenses. We are shooting with mostly natural light and will have a 5 person BAREBONES crew.

This is a Star Wars movie so obviously there will be VFX. I am an After FX artist and will be using this fan film to test out/showcase VFX work. The person playing the Stormtrooper will participate in the most VFX shots and might also require an additional day of shooting.

Actors will possibly need to participate in their own wardrobe (To be discussed). The script will be sent after the casting process.

There are 5 roles available ranging from most screen time to least screen time. The role of TYLA will not have lines BUT she will be a MAJOR feature in the film.

I would like to arrange a rehearsal for August 26th if possible, even if that means a Skype-based table read.

Again, this is a NO-BUDGET fan film that is being shot for the love of filmmaking and the love of Star Wars. Everything is DIY or ultra-ultra low-budget. All I want, is to have a fun two days of shooting. We have no client to appease, we have no monkey on our back, no budget to go over on. This is just for the fun of it. Any and everything done in this short will be done for fun. I obviously would like to win the contest but I also really dont care. I just want to make something fun and cool and have a good time doing it. So if you want to join us for a day of filmmaking fun, you are more than welcomed. Thank you for taking the time to read this and I hope to work with you soon. 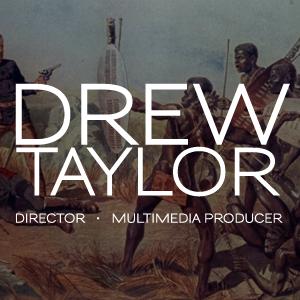 KEDA – LEAD – Any race MALE – AGE 28-40 – A human born on the planet Sullust, Keda grew up around the Sullustan species and various others. As a child, Sullust was a part of the Galactic Republic but after the events of Order 66 and the fall of the Jedi, Sullust came under Imperial rule and many people, including Keda’s parents were killed. Sullust as a whole, remained relatively peaceful as workers accepted the stability offered under the Empire’s reign. Keda, like many other Sullustans, got work with the Imperial Army and accepted Imperial occupation as a normality, despite his many aversions to the methods of the Empire. He worked his way up from a low-level engineer to a mid-level science officer aboard an Imperial Star Destroyer. His job is mostly, to inspect and process soil samples from various systems and report the findings, no matter how frivolous they may be. Keda is unfulfilled in his work life and yearns for the day to be free of the Empire. During his time on the Star Destroyer Keda became romantic with Vexa, his subordinate. The romance is new but Keda already feels strongly for her. So strong that he’d rather not reveal his more complex feelings to her.

TK-422 – SUPPORTING -Prefer Caucasian MALE – AGE 30-45 – Despite being born to parents in the rebellion, TK-422 loved the Empire. He is an ill tempered, power hungry asshole with a bloodlust. He sees emotion as weakness and wholeheartedly believes that people cant rule themselves and that they need the disciplined hand of the Empire. He sees the Empire as the law and order of the galaxy and willingly joined after reporting his mother and father. He loves being a Stormtrooper and has plans of becoming a General so he can command his own Star Destroyer.

VEXA – SUPPORTING – Any Race FEMALE -AGE 25-35 – Vexa is a newly promoted science ensign. She has very little field experience and wants nothing more than to see the galaxy. She thought signing up for the Empire would give her the opportunity and in a way, it has. But she has seen first hand the horrors the Empire commits and wants out. She transferred to the science division to escape the constant grief of working on planets with Imperial occupation. Vexa was assigned to Keda’s team, a job that was just as boring as she wanted, a perfect way for her contract with the Empire to end. Vexa and Keda became close fast and became romantically involved. Vexa is in love with Keda and sometimes loses sight of the fact that their relationship, if found out, could cause them more grief than needed. Nevertheless, Vexa loves Keda and looks forward to their future without the Empire.

JINX – SUPPORTING -Prefer Caucasian MALE – AGE 30-45 – The prime of Jinx’s life was 20 years ago, before the fall of the Galactic Republic. Jinx was a Jedi Sentinel with the Jedi Order. He had been a student of the force since he was a child but earned his lightsaber skills on the battlefield during the Clone Wars. He was sent on many missions in the Outer Rim to maintain peace. The Jedi Council decided it was time that he take on a Padawan learner and assigned him a promising student named Tyla. She was very skilled with the force and impressed Jinx. From the moment they met Jinx shared a connection with Tyla beyond that of a teacher and student. This kind of relationship is forbidden in the Jedi Order but nevertheless, they persisted. Their love affair did not last long. Darth Vader and the Emperor killed the Jedi Council and issued Order 66. At the time Jinx and Tyla were on a remote planet refueling. They were outnumbered and overrun. Tyla and Jinx fought valiantly until Tyla was shot by a group of Clone Troopers. Jinx finds her body and they share one last little moment together before Tyla dies in his arms. Jinx is overcome with grief and hatred. He readies his lightsaber and kills every single clone and Imperial officer in his path until the force that once outnumbered him is defeated. None survived Jinx’s revenge and it was believed that everyone on that planet perished. Jinx became a recluse, hiding in the forest indefinitely.

TYLA – SUPPORTING – Any Race FEMALE -AGE 25-35 – She was a beautiful young Jedi who had plans of teaching in the Jedi academy. She loved her experience as a youngling and wanted to raise up caring strong minded jedi but the Galactic Civil War forced her talents to be used on the battlefield. Tyla was too good to stay at the Jedi temple forever. She was assigned to become Jinx’s padawan but at their first meeting, she knew that she loved him dearly. Their romance blossomed fast and nothing mattered more to her than Jinx.

This casting notice was posted by: Drew Taylor