Are you part of a crazy, outgoing group of friends?  Does your group rock the hospitality industry and have the charisma to take on a reality show?

If yes, MTV’s casting team would love to hear all about your group.  The show is currently casting hard-working groups of hospitality workers to take on a nightclub in Greece!  If you can handle nightclubs, restaurants, bars and hotels in the United States, you may be up for the challenge of doing your job in Greece.

The show is casting servers, hosts, bartenders, DJ’s, promoters and other hospitality pros to go on an international challenge and rock the house in another hemisphere.  That would be Greece!  While you do not need to be Greek to be considered for the roles, the show would love to hear from Greek Americans in the US that would like to be cast and think they can represent Greek Americans overseas.  Again, you do not need to be Greek to apply, you just need to be in hospitality and appear to be a young adult between the ages of 21 and 28 and… have a valid US passport since those cast for the show will travel to Greece for filming. 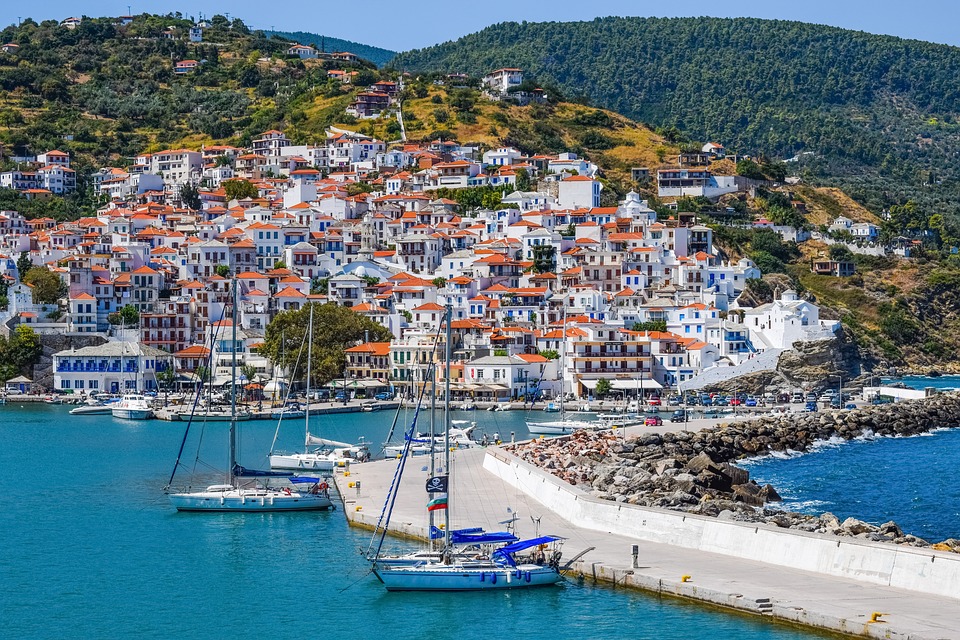 MTV is looking for the hottest, craziest, hardest-working group of friends on the planet!

We are scouring the country for groups of super-charismatic friends who work in the hospitality business to run the show and rock the house in a brand new, high-profile nightclub in Greece!

You know who you are – your work IS your play – and mixing business with balling is all in a night’s work. Whether you are hosts, servers, bartenders, DJ’s, promoters or maybe just one of the ‘extras’ in their crew, you could be in for The Summer of a Lifetime on the most exclusive, sexy place in the hemisphere.

Be sure to also check out all the other reality show auditions going on now.

See the flyer below for all the details about getting on this MTV show. 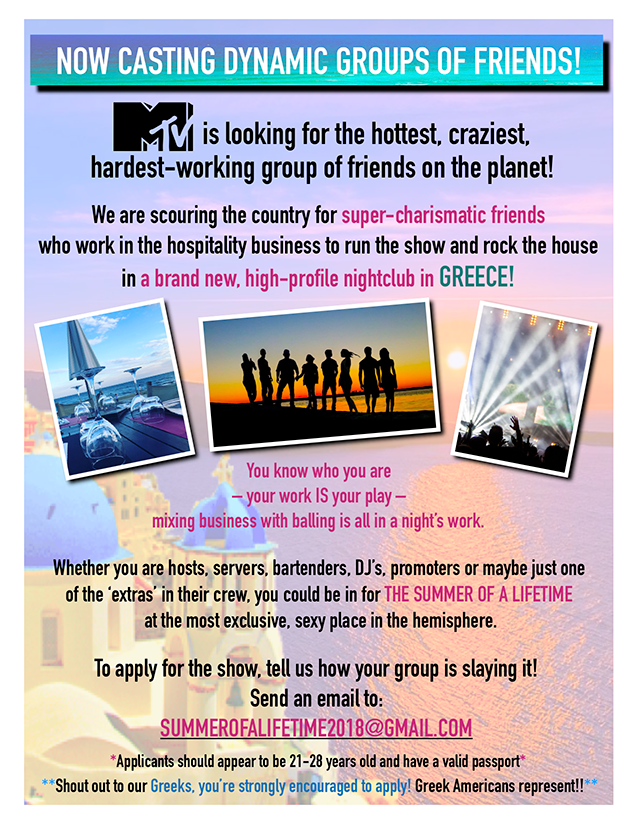