A major TV network has a new reality dating show coming up and is now casting singles in their 30’s and 40’s.

The show is casting for amazing ladies that are smart, attractive, successful and still single.

Also, the show is seeking great guys who are in their 30’s or 40’s and are still single  as well.  Currently, reality TV casting directors are especially interested in people who live in or around the Chicago area and the Midwest in general.

The casting directors are now accepting online auditions / submissions.  Casting directors state that they have an amazing opportunity and also seem to be taking referrals and nominations from folks that may not be single, yet know someone who does. 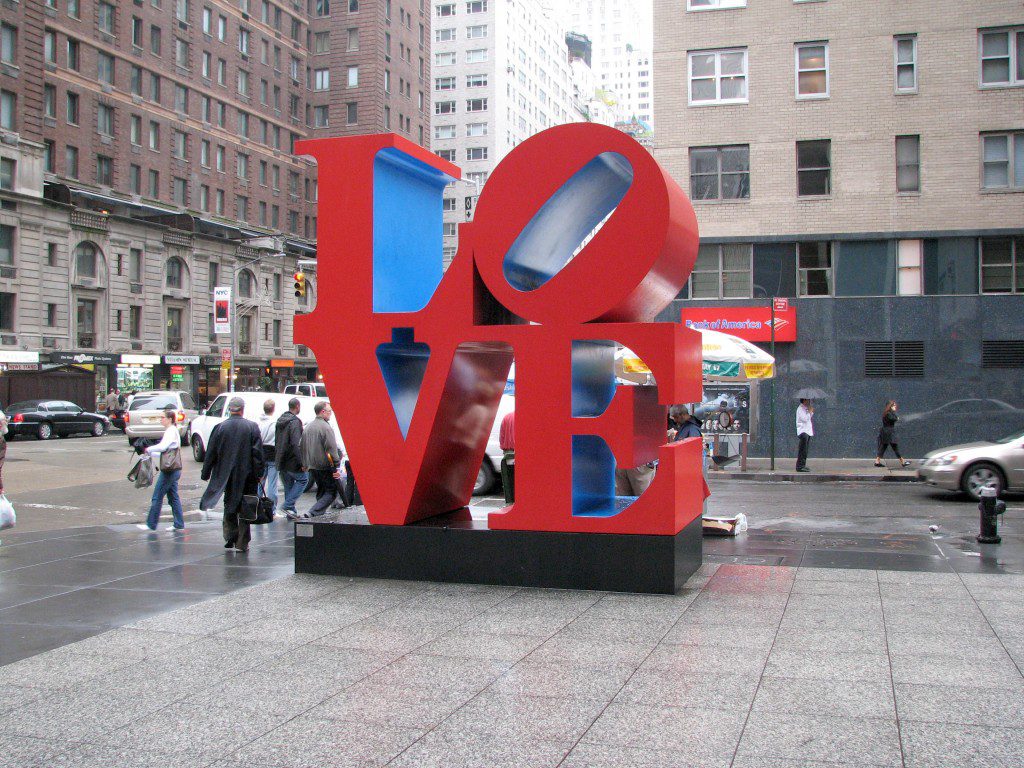 According to the casting notice…

They have an amazing opportunity if you know a great single woman at a place in her life where she is ready to have a child and may even be considering having a child on her own.  It’s a new age dating show and it is being produced for a major network which is offering an opportunity for this amazing woman to meet the “one.”

Ultimately, they are looking for the girl who has checked off all her boxes and is now ready to meet her perfect partner who wants the same things out of life as she does, which includes a family.

If you know a successful woman that really deserves her love story, casting directors would love to hear all about her. 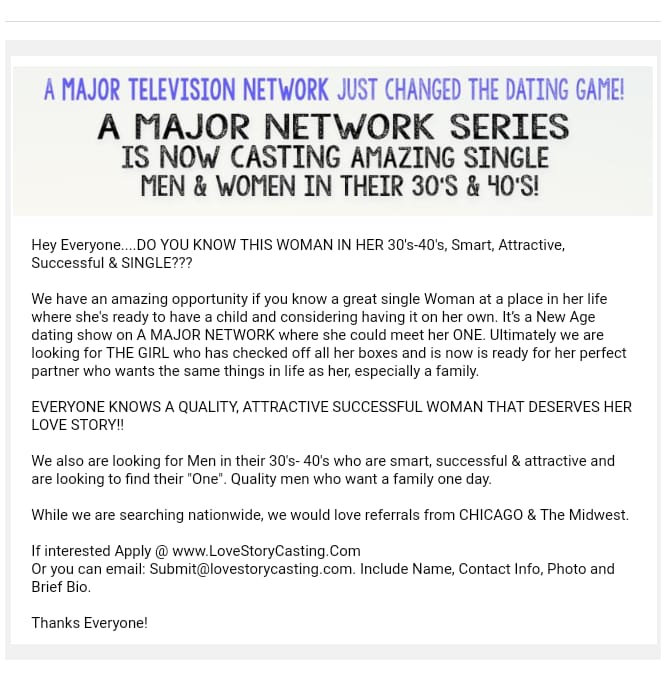