The show pairs contestants with a celebrity teammate with one of the team members attempting to guess  what the other is describing. Players attempt to guess a series of words or phrases based on descriptions given to them by their teammates.

The show held a series of open casting calls some months back but is still taking online auditions from folks wanting to go for the 100 Grand.  Online auditions are being handled through a website that the show created in order to accept submissions. Potential $100,000 Pyramid contestants will be asked to answer a series of questions by way of an online form, upload some photos and create an audition video.

All the instructions can be found on their page here. Filming is April 2019 in NYC. We will be casting folks from across the nation.

The latest version is being produced by Sony Pictures Television, hosted by Michael Strahan began it’s latest run on ABC in Summer 2016.  The game show’s new host, Michael Straham is an ex professional football player who played for the NY Giants. Currently, Straham is a sports commentator and appears on Fox’s  NFL Sunday and also appeared on  ABC’s “Good Morning America” previously. 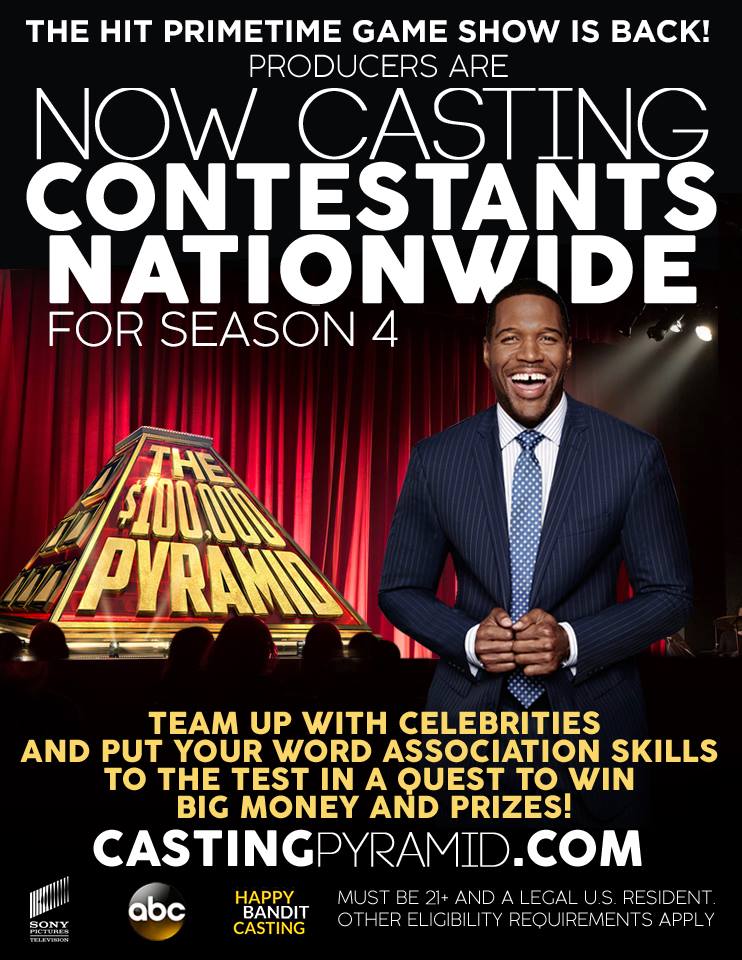 Those wanting to get cast as contestants on the “The $100,000 Pyramid“ may see this page for further information and the application process. You do need to be a resident of the US and at least 21 years of age in order to be considered for the show.