Jesus Hopped the A Train by Stephen Adly Guirgis

Hovey Players are pleased to announce auditions for the third show of our 2018-2019 season.
Jesus Hopped the ‘A’ Train by Pulitzer Prize winning playwright Stephen Adly Guirgis

Auditions are by appointment only. Please reach out to the producer with questions and to book an appointment slot. Producer: mark.sickler@gmail.com

Auditions will consist of readings from the script. You are encouraged to be very familiar with the script. Sides will be made available to you prior to auditions.

Time: The Present
Setting: Riker’s Island Prison
Synopsis: Angel Cruz is standing trial for shooting the Reverend Kim (a religious cult leader) in the ass. Lucius Jenkins is on appeal, trying to avoid the death penalty for the murder of eight people. For one hour each day both men share adjacent cages on Rikers Island. Jesus Hopped the A Train is a funny, powerful, adrenaline-fueled drama of good and evil, penalty and redemption written by Pulitzer Prize winning playwright Stephen Adly Guirgis, one of America’s most exciting and admired writers. 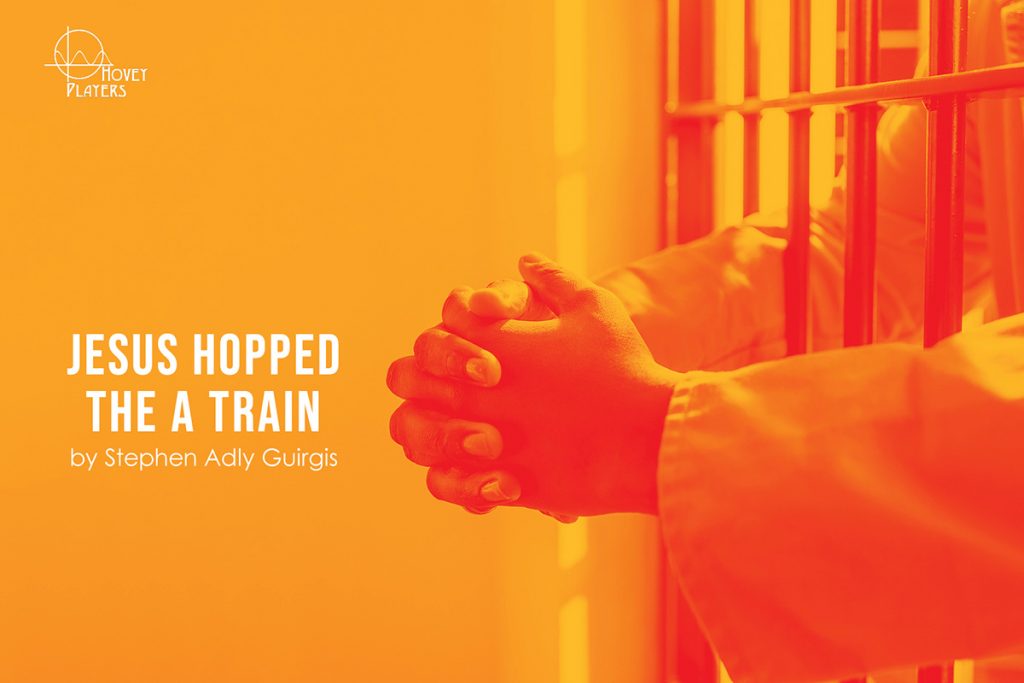 Angel Cruz: Male: 30’s;
Puerto Rican, raised in West Harlem; stubborn, hot-headed, emotional, straining under the weight of responsibility. At the opening of the play, he is in his second night of incarceration, awaiting trial for shooting the leader of that cult in the “ass.” He is on his knees, alone and terrified, trying to say a prayer he no longer remembers to a God he has all but forgotten.

Lucius Jenkins: Male: 40’s
Lucius, a.k.a. “the Black Plague,” works out furiously in the cage next to Angel. A serial killer awaiting extradition to Florida where he’d face the death penalty, Lucius pauses from his workouts only to chain smoke and to “save” Angel. Lucius smugly spouts about God, forgiveness and taking responsibility for one’s crimes. Notorious for committing eight gruesome murders; charismatic with a near-manic upbeat energy; found God in prison and relentlessly speaks in the language of Christianity and positivity.

Mary Jane Hanrahan: Female: 30’s
Mary Jane is Angel’s lawyer who walks out on him during their first meeting. A crisis of conscience and an unresolved connection to her childhood brings her back, and Angel’s heartfelt, persuasive arguments against the cult leader persuade her to champion his cause. A lawyer good enough to get defendants off who she knows are guilty — only to be re-assigned to defend the same guys weeks later on new offenses. She becomes determined to find some way to ‘save’ Angel, even if that means risking her career by suborning perjury, since the only way for him to be acquitted is to lie. Half Irish, half Italian; grew up middle class in Queens; smart, passionate, tough, but with a soft spot for the righteous.

Valdez: Male: 30’s-40’s
Valdez is a self-contained, brutally direct prison guard who believes in a world of black and white only. No gray areas permitted. He oversees Angel and Lucius and he makes sure both are “punished” for the pain they caused to others. He sees himself as God within Riker’s.
Charlie D’Amico: Male: 30’s
A good-hearted, co-opted guard trying to get along with everybody. He is very sympathetic towards Lucius but he gets insulted and harassed by Valdez constantly. He has a soft spot for Lucius – and loses his job as a result, but he reappears towards the end of the play to describe Lucius’ fate.

Inmate #1: Male: 20’s-40’s
An inmate who will be present during the play, mainly to make vocal sounds.

City or Location of call: Boston
Please submit to: kristendattoli@gmail.com by 2018-11-15

This casting notice was posted by: Hovey Players