The show is filming in Georgia and is looking for folks to work as paid extras in upcoming episodes.

Hank Azaria and Amanda Peet (HBO’s ‘Togetherness”) are star in IFC comedy series “Brockmire” – The show premiered in 2017 on IFC and is now in production of the new season.

“Brockmire” is based on a character created by Hank Azaria. Hank Azaria stars as Jim Brockmire, a famed Major League Baseball announcer who had a major meltdown on air which put the brakes on his career in the major leagues. A decade after his public meltdown, Jim Brockmire wants back in the game and chooses to get a job as a baseball announcer for a minor league baseball team called the Morristown Frackers. 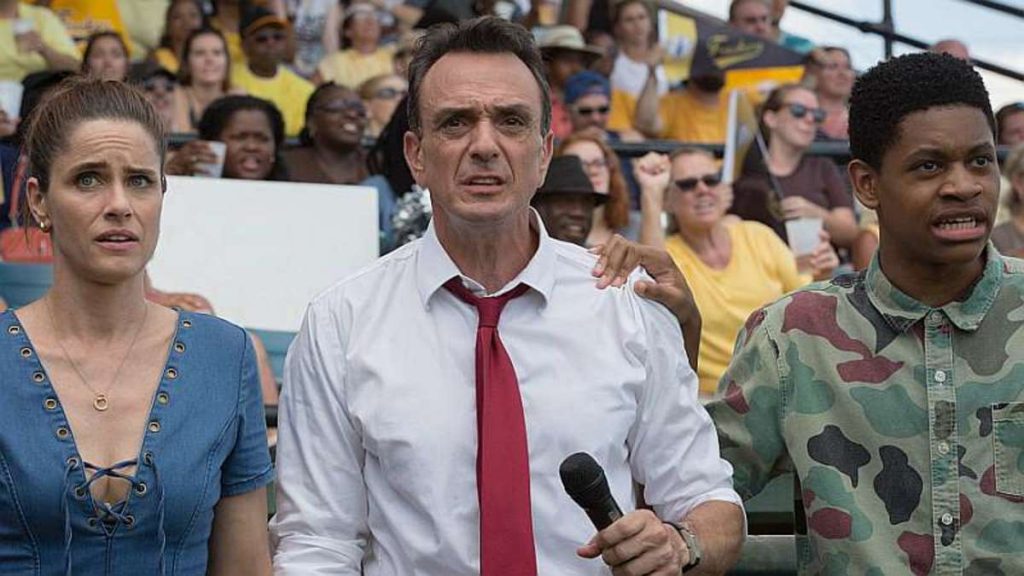 Hank Azaria and Amanda Peet co-star in “Brockmire,” a half-hour comedy series that began years ago as a viral short video on the Funny or Die website. The series centers on the fall of Jim Brockmire, a once-famed major league baseball announcer who suffers an embarrassing on-air meltdown caused by his wife’s serial infidelity, leading to a decade away from the booth.

Older and presumably wiser, Brockmire attempts to reclaim his career, reputation and love life by returning behind the mic, but the setting — a broken-down rust belt town, home of the minor league’s Morristown Frackers — is not quite what he envisioned. Strong-willed, hard-drinking owner Julia James has a complicated relationship with Brockmire, while whiz-kid intern Charles is simultaneously entertained by and terrified of the new announcer. 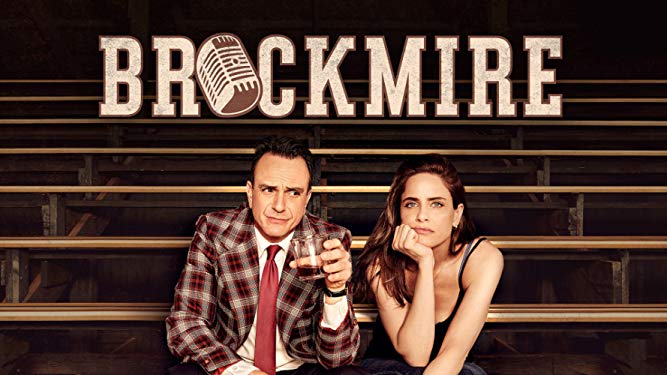 The comedy series is written by Joel Church-Cooper and was directed by Tim Kirkby (Veep). According to THR, Hank Azaria is serving as one of the show’s executive producers with Church-Cooper, Kirkby and Funny or Die’s Mike Farah and Joe Farrell also exec producing the series. The show is in production right now.

MUST BE REGISTERED WITH CENTRAL CASTING

If this is you, please submit an email to BROCKMIRE@CentralCasting.com. Include your name, phone number and recent photo(s). Please use the appropriate subject line from above

MLB EMPLOYEES: Males and Females, any ethnicity, age range 30’s to 50’s. Conservative business looks. **NEW FACES, or okay if you have previously worked this season as a MLB Employee.
**PLEASE NOTE: You can work either 1, 2 or all 3 of the dates listed above. Please note in your email submission which dates you are available.

MUST BE REGISTERED WITH CENTRAL CASTING.

If this is you, please submit an email to BROCKMIRE@CentralCasting.com. Include your name, phone number and recent photo(s). Please use subject line: “MLB EMPLOYEE.