Open casting Call in Atlanta, Ga for “The Shot”

“The Shot” is a story about the Assassination of Dr. King. As we approach the 51st Anniversary of Dr. Rev King’s assassination, I was always thought of who the assassin was.

James Earl Ray is a man with a record of petty crimes and a man who did not seem intelligent enough to pull off such a heinous crime by himself. I do find it very intriguing to learn of the young South African Photographer Joseph Louw who was with Dr. King accompanying him when this occurred while also creating a documentary on the life of Dr. King. So I see this as an opportunity to tell the story of the humble young photographer behind the camera and show the world the true story through the lenses of Joseph Louw. From this point of view I created “The Shot”. 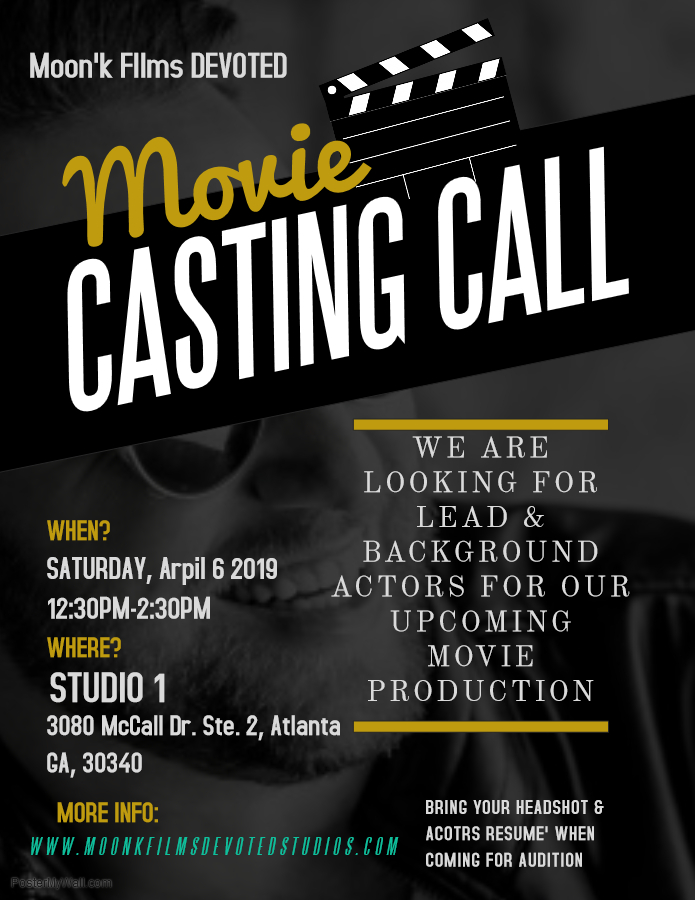 4) Jesse Jackson – African American-Young fearless leader who was very close to Dr King and his movement. Will be by Dr. Martin Lither king side day of his assassination . Age range 25-35

5) Hosea Williams- African American- Civil right leader who served with Dr Martin Luther King Jr and would also be on his side day of his assassination. Age range 35-40

6) Earl Caldwell- African American-On site reporter, who will be the first to get story of Dr Martin Luther King Assassination and become a witness. Age range 35-45

7) Ben Branch- African American-Musician, a saxophonist who will be preparing to play a final song request by Dr Martin Luther King. Will become a witness to his assignation. Age range 35-40

12) Georgia Davis- African American Female-The beautiful senator who will arrive to the motel to support Dr . King rally and will also have warm eyes on Dr. Martin Luther King Jr. will be a witness in Dr. king assassination. Age range 35-45

13) A.D King- African America-Martin Luther King jr younger brother who walks strong alone side Dr king movement . will join his brother at the motel with his estranged lover . Will be a witness to Dr . King assassination. Age range 35-40

15) Billy Kyles – African American- A respected reverend, who had a dinner feast prepared for Dr Martin Luther King Jr and his entourage the day of his assassination. He will be a witness to Dr.King assassination. Age range 30-35

16) Dwania Kyles African American young female – Rev Kyles daughter who has been active in the civil rights movement early in age. Will be helping her mother prepare the feast that Dr Martin Luther King Jr want make it too . Age range 8-15.

21) Elder Joseph Louw – South African old man- has retired as a farmer and now find himself telling his story to a young white girl who looks just like his pass youth days lover . Age range 60-80.

23)Gino Montelly – Italian old mobster . Head of the Montelly family . Could even be considered a Mob God Father. Will accept a Heinous plan from the FBI and have one of his sharpest assassins follow through with the job. Age range 60-89.

24)Raoul – white Caucasian male a mysterious man. Will move quietly and accurately pulling off one of America’s greatest assassinations and will set up a ignorant con man as the fall man while doing so. Age range 40-55

This casting notice was posted by: Moonk Films Devoted