HBOMax is holding a casting search for a new TV show, “Vegas High“

The show and its casting team with Lori Wyman are searching for experienced actors that are over the age of 18 but are able to play ages 14 to 16..  Up for grabs are 2 principal roles in the TV pilot, the roles of Laura and Isaiah.  Both roles are looking for young adult actors that are able to play younger roles.  The role of Laura is that of a teen girl (18+) that is half Cuban and half Caucasian.  The role of Isaiah is also that of a teen and the role is open to all ethnicities.

HBO Max, the streaming service coming out soon, the drama Vegas High. “Vegas High” is set in the 90s and is described as a coming of age story that focuses on a teen girl who feels like she is stuck between 2 very different worlds, her religious Mormon faith and the hustle bustle, fast paced life in the city she lives in, Las Vegas. “Vegas High” is stated to be written by Sarah-Raquel Jimenez and directed by Gillian Robespierre. The show Vegas High is said to be inspired by Jimenez’s own experience. 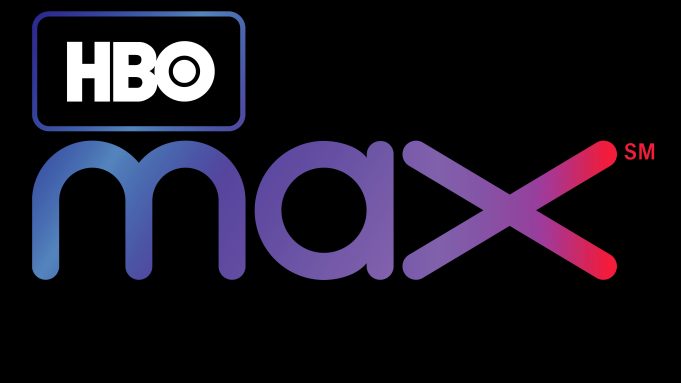 HBOMax will be launching soon and have other TV pilots and shows in the works for their upcoming launch.

Please see the character descriptions on the casting flyer listed below.  The show is now accepting self taped auditions to fill the 2 character roles that are listed.  Casting will begin next week and those actors that fit the roles listed should get their information in ASAP.  Lori Wyman Casting will then be contacting those that fit the roles to schedule a video audition. 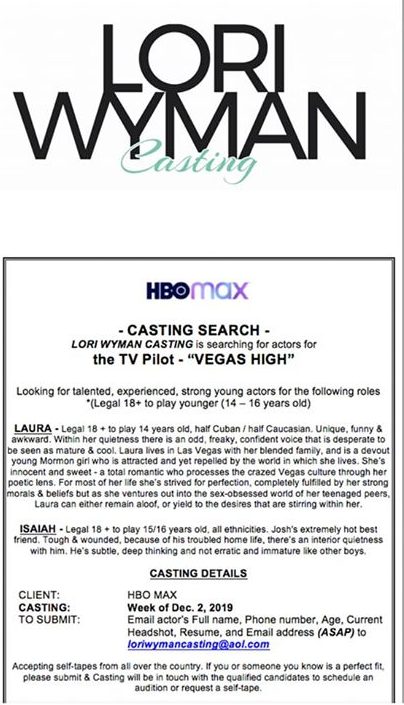