The popular ABC game show is getting ready for the 2020. season 5, of the show and searching for contestants who believe they would be able to make their way up the Pyramid ladder.

The new season of Pyramid is now casting for contestants. Here is a chance to take a shot at getting on the show and maybe even getting to the top of that pyramid and the $100k in cash that goes along with it.

For those who may not remember, $100,000 Pyramid was a popular game show in the 1970’s and originally hosted by Dick Clark. A few years back, ABC revived the show a few times since the 70’s and the latest version is hosted by Michael Strahan.

Filming is April 2020 in NYC. We will be casting folks from across the nation. Must be 21+ and a legal U.S. resident.

You may also check the game show tryouts page to see if there are any other game shows that may be casting contestants in your area or nationwide. 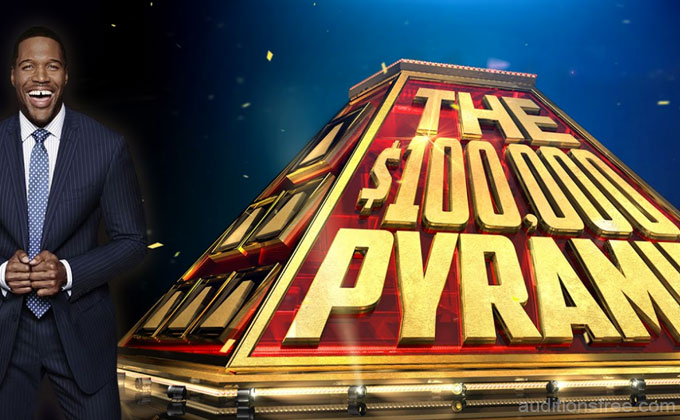