Upcoming Warner Bros. TV show, “The Cleaning Lady”, will be entering production shortly and is now holding auditions for kids to fill the principle role of “Luca.”

The Cleaning Lady is being produced by Warner Bros. According to earlier reports, Television/4423 Productions LLC for FOX, was supposed to begin filming in the Albuquerque and Algodones, New Mexico area this spring.

Originally, Shannyn Sossamon (“Sleepy Hollow,” “Wayward Pines”) was to take on the lead role of Reyna who is described as a very sharp Filipina doctor who comes to the U.S. in hopes of getting medical treatment for her very sick son. Having been failed by the system, Reyna takes on a new job as an on-call “cleaning lady” for the mob.

“The Cleaning Lady” is a dark character drama about one woman’s refusal to be marginalized and abused by corrupt systems of power and follows her rise as she starts playing the game by her own rules.

Fox and Warner Bros. have since reported that Sossamon has dropped out of the project and are in the process of recasting the lead role – per Deadline.   “The Cleaning Lady” is based on an Argentinian series, and will be filming in New Mexico.

According to the New Mexico Film Office…

Central Casting has a casting call out for the kid roles.  Please see the casting notice below for the details on how to apply.  Please note that these are the only principal roles being cast for the project.  Please only apply if your kids completely fit the description. 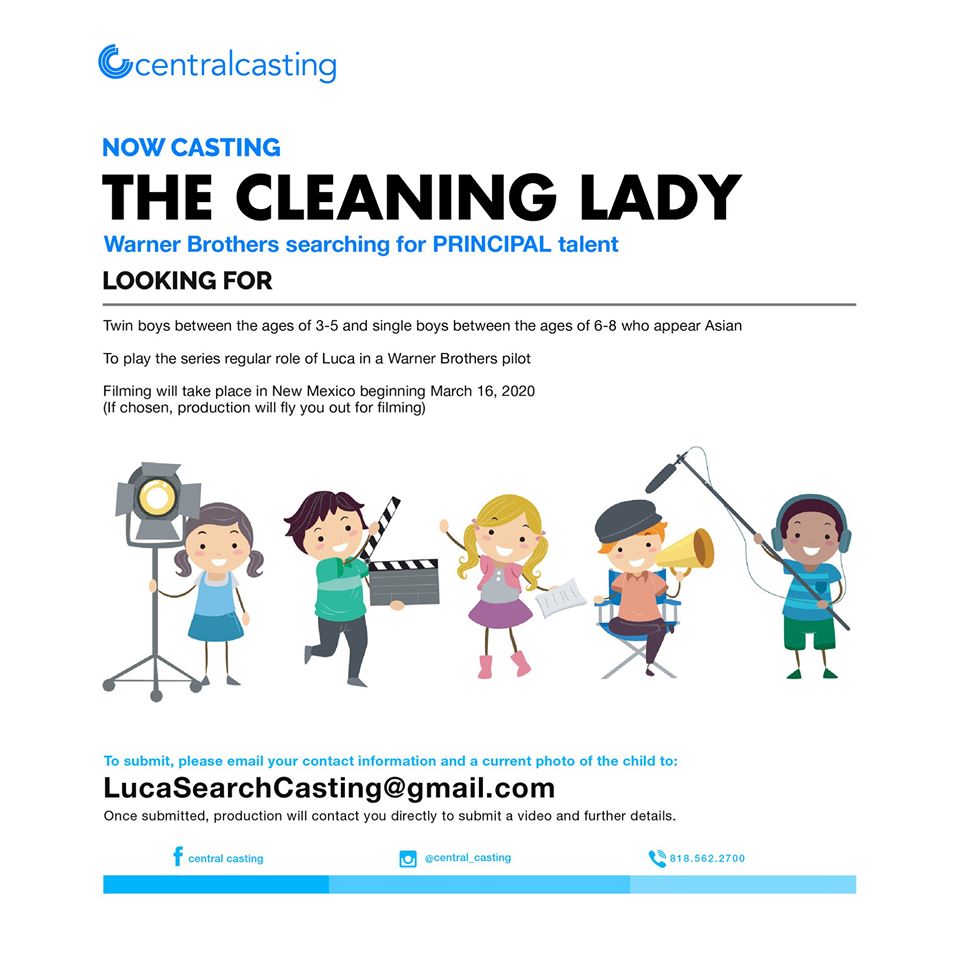 Central casting has a casting call out for twin boys, ages 3 to 5 and individual boys ages 6 to 8 who appear to be Asian.  The auditions are for a principal role in “The Cleaning Lady” pilot episode and the role is described as a series regular if the show gets picked up to series.