The show is officially a part of the Indianapolis Bicentennial Celebration, which began in June 2020 and runs through next May. We originally had planned to present this as a live stage production, but with the COVID-19 pandemic, plans changed!

The show dramatizes how a group of young politicians, civic leaders and community members from Indianapolis dream of building a unique, vibrant and thriving city – through a series of meetings, happening during the bulk of 1968, which was perhaps the most turbulent time in our nation’s history – the death of both Martin Luther King, Jr. and Bobby Kennedy, the student protests all around the country relating to the Vietnam War, riots, and rallies at the Chicago Democratic National Convention, etc.

So, the show is set against the backdrop of 1968 – and will go back and forth between what is happening in Indianapolis during the time these “dreamers” were meeting to create something new – and what was happening around the country. The singing in the show will be songs that were sung at rallies, protests, gatherings, concerts, etc. A mixture of folk and 60s rock. The finished product will be a hybrid of a filmed stage production/documentary.

City or Location of call: Indianapolis, Indiana
Please submit to: jowen@claudemcnealproductions.com by 2020-08-08
submit headshot, resume, and either a one minute monologue or 60s era song, or both

This casting notice was posted by: “Dreaming A City” a staged production/documentary to be filmed for television 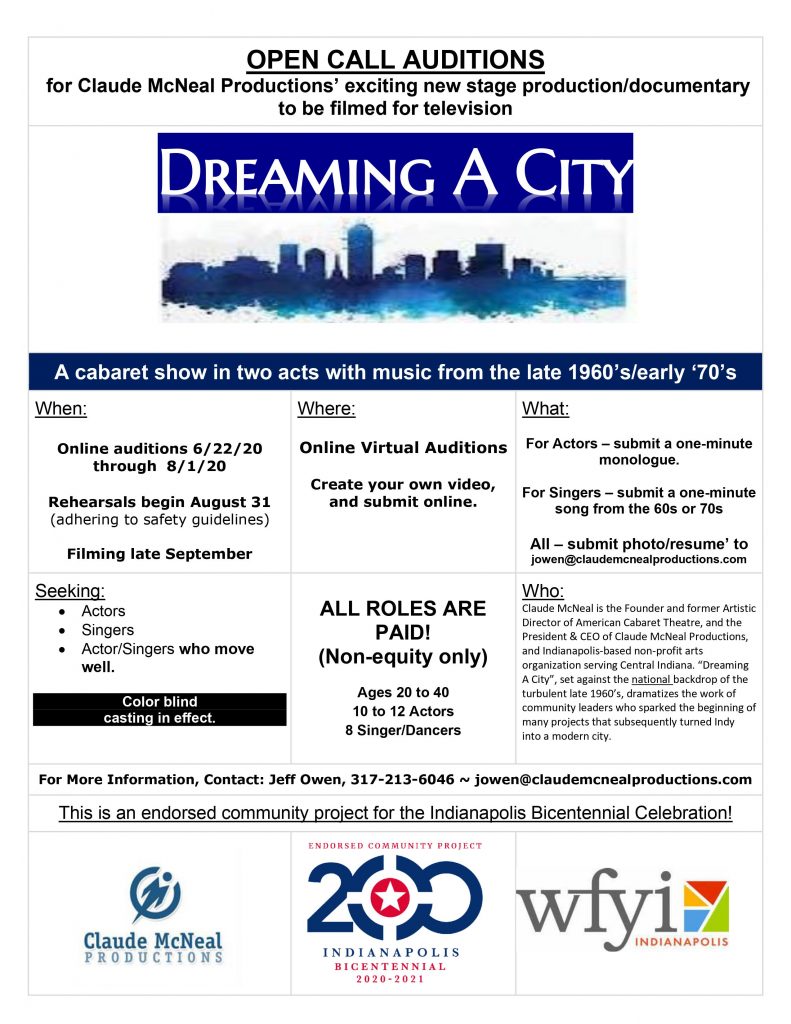