The Book of Garry

We are now casting for a sizzle reel in Los Angeles, CA. Anyone can send their submissions as we have many roles to be filled at this time!

We are also looking for a set of older male and females, around 40 to 70 years old. They are the characters with major roles for this project.

Please send your photos, information, and demo reels to garry.foster74@gmail.com to be considered!

Payment: Main characters are paid/everyone will get a travel fee.

This casting notice was posted by: BKC Productions

This casting notice was posted by: BRADLEY CARROLL 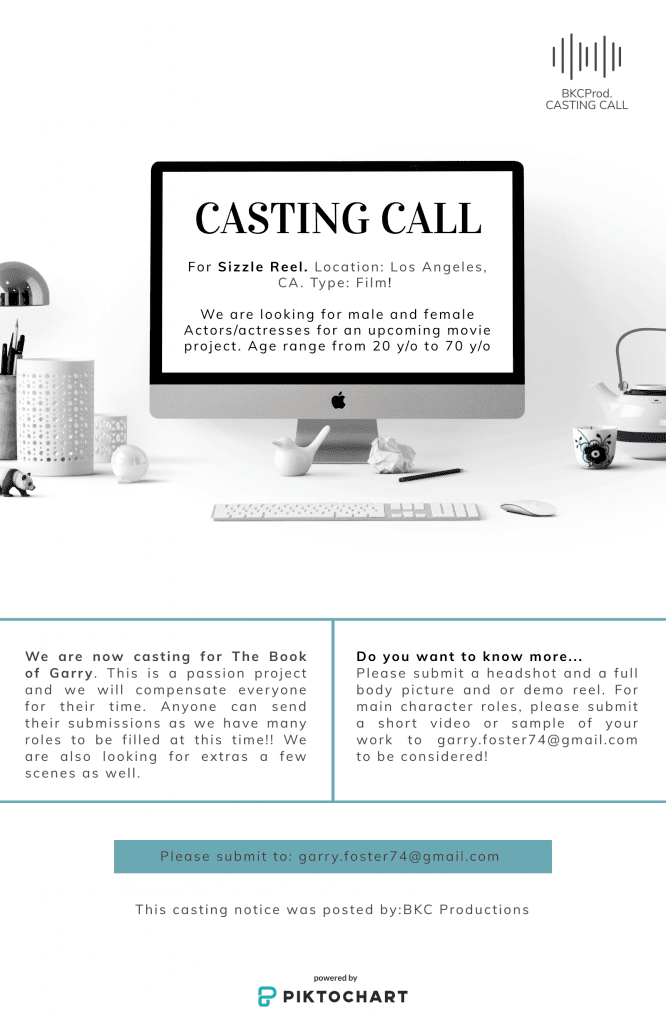