The new show is currently hosting online and video auditions.

Auditions for kids: Is your child outgoing, smart and pretty competitive? Does your kid love to push themselves outside of their comfort zone and are your kids ready for an adventure of a lifetime?  If so, a new HBO Max reality competition show called “Karma” may love to hear from you.  The upcoming HBO Max series, Karma, is now accepting online / video auditions from kids / teens that are ages 12 to 15.

In the series, the kids (and their parent) will spend 3 weeks in an amazing destination which will put their mental and physical skills to the test.  There is a prize involved to the winners of this reality competition.

Currently, it looks like the show will be filming during a 3 week period in July or August.

See the casting notice below or click here for all the information on how to get on the show.

According to Deadline, Karma is an HBO Max show for the upcoming WarnerMedia streaming platform.  The platform is expanding with more kids shows and has given an order for a show currently called “Karma.”  The unscripted competition reality show comes from GoodStory Entertainment, and Craftopia from Industrial Media’s B17 Entertainment.  Karma will be hosted by social media stars Michelle Khare, an extreme lifestyle enthusiast and Lauren Riihimaki ( LaurDIY).

Also according to the Deadline description, the show will feature sixteen contestants, ages 12 to 15.  In “Karma” the kids will go completely off the grid to solve puzzles and overcome physical challenges, with the laws of karma setting the rules.

The series will test the mental and physical stamina of its young contestants as they unravel how their social actions impact their success in the game. Focus, giving, humility, growth, connection, change and patience are the path to becoming the “Karma Champion.” But more importantly, the players learn one of life’s most profound lessons: “What you give out, you get back.” 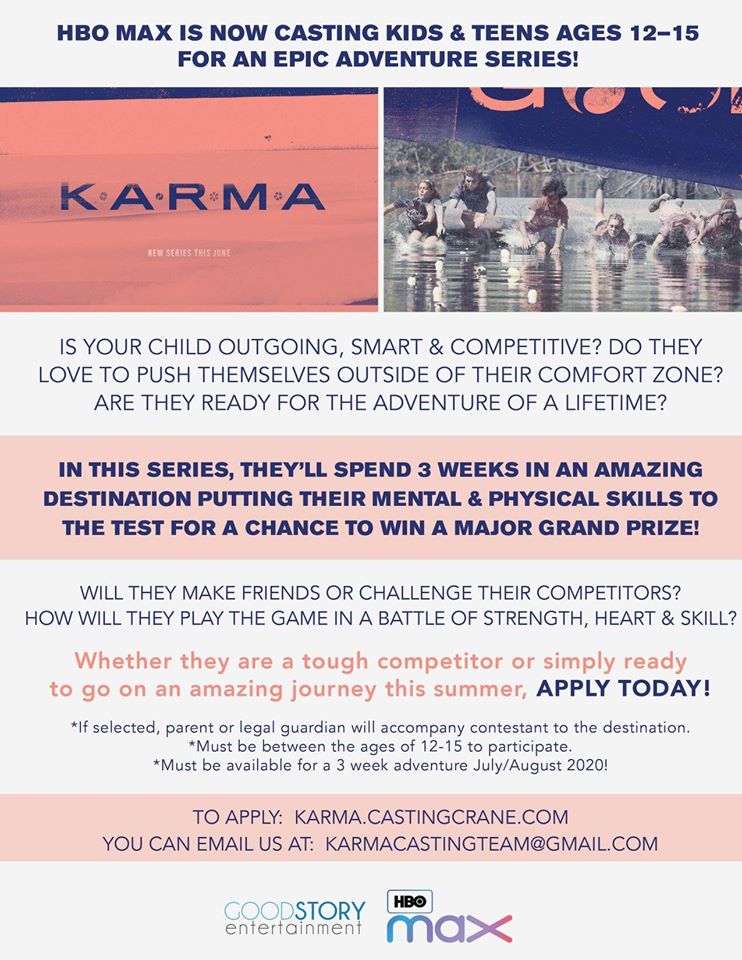