Got some supernatural skills?

Have you ever performed an exorcism?  If so, a new TV show may want to hear your story to possibly be featured in an upcoming series about the topic.

The show has a casting call out for people who have been actively involved with such things.

For those applying, you must have done one in the past.  The show will be highlighting the skill sets and the talents of modern day exorcists in a way that has never been seen before on national television.  The show is looking to present things in a realistic and truthful approach.

If the above sounds like you, you may check out the casting notice below for all the details on how to get cast on the show. 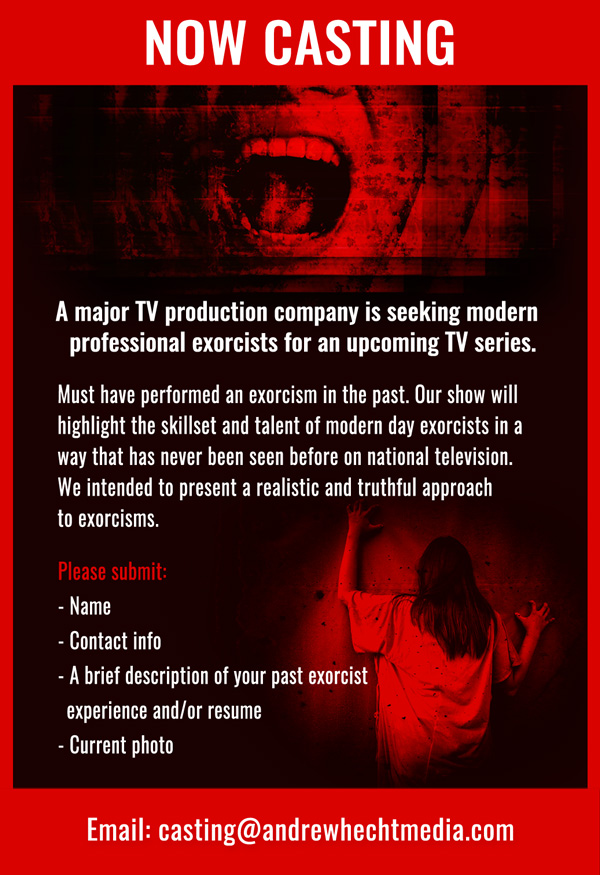