New Disney show, The Quest is now casting teens ages 13 to 16 who would like to be a part of what is described as an immersive reality show that is set in a magical, fairy tale like place.

Those interested can read on for the info on how to get on this Disney+ television series.  The Disney show and their casting team have setup a web page where kids and their parents can fill out an online audition form in order to be considered for the show.

Whether your child is a real life hero or has always dreamed of being one, they can apply to be on Disney’s show The Quest.  The Quest will be filming in Europe this coming summer, or at least, it is currently scheduled to film this coming summer.

CALLING ALL PARENTS OF TEENS AGES 13-16:

Now Casting THE QUEST on Disney+
The Quest (based on the popular series on ABC) is a ground-breaking “immersive reality” series where reality and fantasy collide, giving real people the opportunity to inhabit a magical fairy tale world being created in a European castle and the lands surrounding it.

We are looking for teens from all backgrounds and walks of life – from gamers, fans of fantasy films/TV/books, escape room enthusiasts, to anyone who just loves competition!
Any teen interested should have their parent/legal guardian fill out the online application at: thequest.castingcrane.com and someone from our team will reach out over the next few weeks if your teen is a good fit for the show! 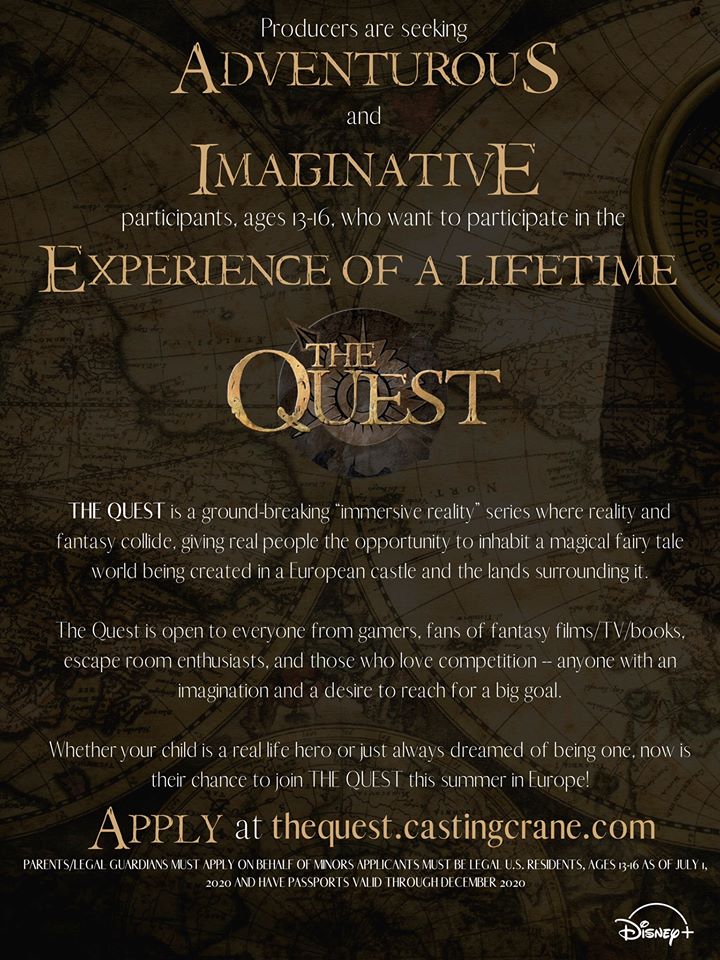