Logline: Three documentary students stumble onto an altercation. But in a world filled with smartphones and viral vids – what’s more important: the victim or catching the moment on film?

Synopsis: A short film wrapping up modern-day issues in a humorous way when it comes to sharing good content to the world and also the types of reactions that are seen within different aspects of society when it comes to dire situations.

This short film will be independently produced and will be submitted to upcoming festivals next year and future, IMDb, etc. This would be a great project for someone wanting to build their portfolio/ experience and bring in their creative vision. As the role advertised is unpaid, food will be well catered for throughout rehearsal/ shoot days, and travel expenses will be taken care of.

All other crew members – director, producer, DOP, writer, production designer, editor, music composer, sound designer – 13 casts, and 30 extras have been selected and set – just now in need of one female lead role actor to help the vision come to life! We have actors that have excellent experiences across short and feature films, and crew members that are extremely passionate just as us with also great experiences under the belt, multiple international film festival award winners, and backgrounds such as AFTRS.

Character plays as the only “normal” person that attends to the public altercation, where a man has gotten seriously injured and attacked with a knife by a woman.

She hopefully tries to seek help for the victim whilst everyone else is either a bystander – taking photos/ videos or calling up their family/ friends to share the news – or her two friends that are taking advantage of the situation as they interview the other bystanders for their documentary assignment. Each interviewee giving a different excuse or finding the opportunity to get attention on camera but her friends don’t care because as student filmmakers, they “hit a gold mine”.

She is one of the three students that were searching for some content to shoot for their assignment related to documentary:
– She is the only empathetic, sympathetic, realistic, and down-to-earth character from the short film. She is quite anxious, nervous, frustrated, and emotional in the film.
– The short film centres around her character as it opposes from the rest of the characters in the short film to showcase the difference between her and the rest of the bystanders/ onlookers who are more absorbed with their smartphones/ technology. Their interest lies in taking photos/ videos of the situation and sharing good content to the rest of the world rather than attending to the actual situation.

City or Location of call: Sydney, NSW
Please submit to: farabee.kabir@gmail.com by 2021-10-17
Please provide showreel or examples of previous work. If successful for an audition, it would be self-taped by actor and sent via email.

This casting notice was posted by: Parallax Error 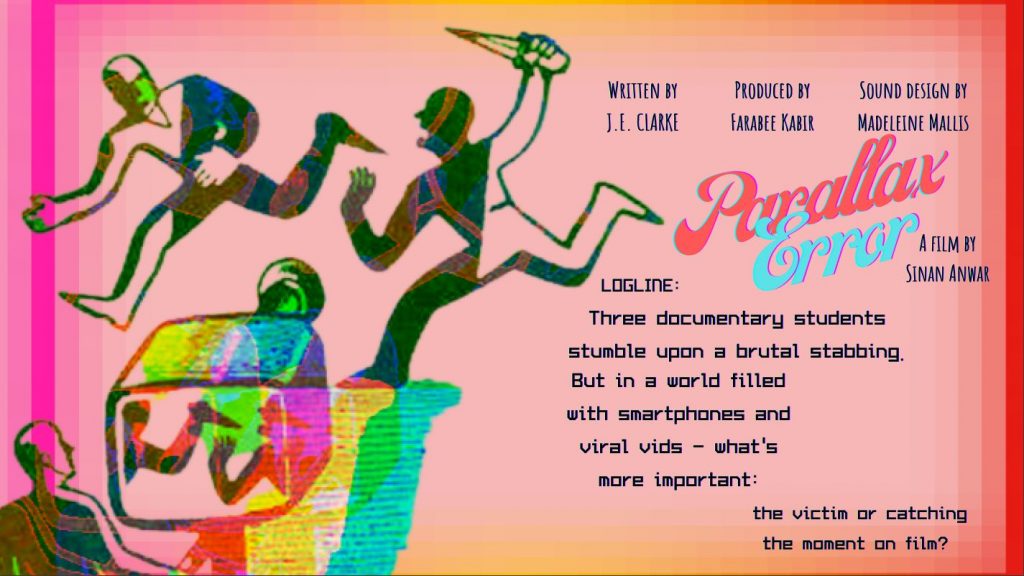