A new DC comics inspired show is now filming and the show, “Naomi” is now casting paid extras in Atlanta.

Naomi McDuffie, AKA Powerhouse, seems to be getting her own show.  The new TV show currently called “Naomi” is now in production and it looks like the show is looking for Atlanta area residents who may want to work as extras.

Naomi is superhero, like most other shows based on DC Comics Entertainment stories. Naomi, now being filmed, is set to premiere on the CW network in 2022. Naomi was developed by Ava DuVernay and is co-written by Brian Michael Bendis and David F. Walker. Executive producers on the show are listed as Ava DuVernay, Jill Blankenship, Sarah Bremner and Paul Garnes.

Atlanta based CAB casting is taking care of on set extras.  Please note that you must live in the Atlanta, Georgia area in order to be considered as no travel expenses will be paid.

Those who live in the Atlanta area and have the availability to work as paid background actors, may check out the casting notice below for more details on how to submit to be on the show. 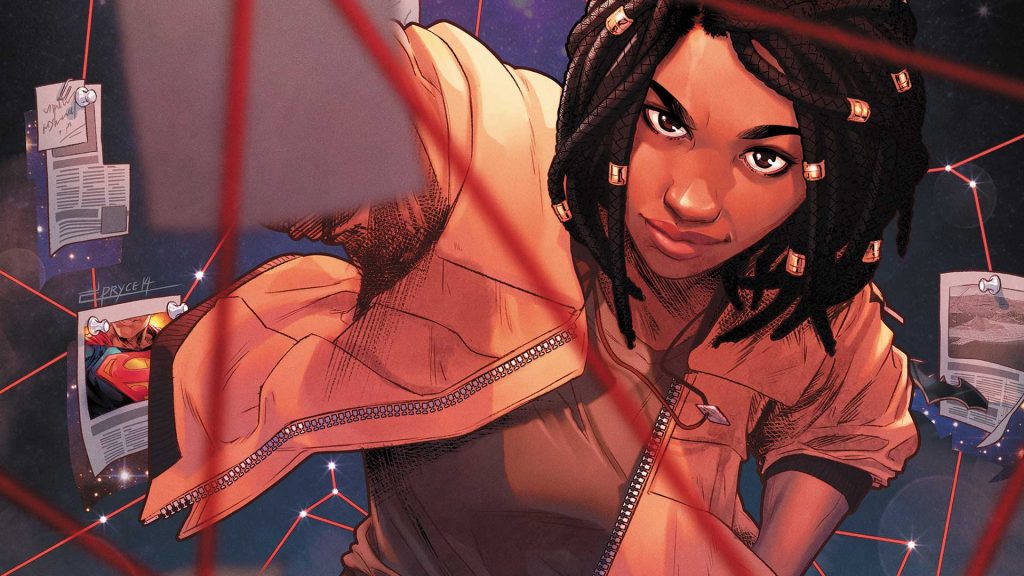 According to the DC Comics website… The upcoming superhero show is written and executive produced by Ava DuVernay and Arrow writer and co-executive producer Jill Blankenship, Naomi stars Kaci Walfall in the lead role along with Alexander Wraith, Cranston Johnson, Camila Moreno, Mary-Charles Jones, Barry Watson, Mouzam Makkar, Daniel Puig, Will Meyers and Aidan Gemme. The series is based on the critically acclaimed comic series from Brian Michael Bendis, David F. Walker and Jamal Campbell that’s also slated to return with a second volume in the not-to-distant future.

In an alternate universe in the DC Multiverse, the degradation of Earth’s ozone layer exposed the surface of the Earth to a previously-unknown type of radioactive energy, which caused 29 random people all over the planet to develop godlike powers. Some of these people sought to rule the world with their new powers, while others opposed this, which led to a cataclysmic war between these metahumans. One month later, fourteen of the metahumans were dead, and seven others left the planet, leaving only eight remaining. Naomi is the first child born to two of these metahumans. The most evil of the original 29 metahumans, a criminal who was about to be executed when he got his powers named Zumbado, sought to kill the infant Naomi, so her parents sent her to Earth-0 for her safety, but were killed in battle doing so. The infant ended up in a small Oregon town, where a resident of the town who witnessed her arrival, a man who was actually a Rannian ex-soldier and had taken on the name Greg McDuffie, adopted her.

***NOW CASTING PAID EXTRAS (Ages 21 – 35) to portray FUTURISTIC RAVE CLUB GOERS for the NEW DC Comic series “NAOMI” for MONDAY, 11/29/2021.
CAB Castings, LLC. is looking for PAID EXTRAS for a new series on THE CW based on DC Comics series “NAOMI” that will be filming here in Atlanta, GA.
We are casting for the following specific extras for scenes on MONDAY NOVEMBER 29, 2021 in Atlanta, GA.:

FUTURISTIC RAVE CLUB GOERS
***Ages 21 to 35
***All Races
*** Looking for funky, colorful, futuristic looks… it’s a RAVE!
*** Rate: $100/8 + $25 per Covid Test
*** Prelim Call Time: TBD (Please have open availability on day of interest)
***WE ASK THAT WHEN BOOKED AS A PAID EXTRA, YOU BE PREPARED TO WORK AT LEAST A 12HR WORK DAY AS WE DONT KNOW HOW LONG YOU WILL BE SPECIALLY ON SET… SO PLEASE HAVE OPEN AVAILABILITY FOR THE DAY YOU SUBMIT FOR!!! ***

COVID TESTING:
Must be available for COVID 19 testing at our testing location close to Fulton Industrial. The exact location we will disclose at booking.
If interested in working this day, your 1 MANDATORY TESTING DATES IS:
– MONDAY 11/29/2021
-? YOU WILL TAKE A RAPID TEST UPON ARRIVAL TO SET AS WELL AS A PCR SINCE THIS WAS A LONG HOLIDAY WEEKEND.
-Testing is NASAL PCR and you will receive a $25 COVID TESTING BUMP on your voucher the day you report to set for each test taken. YOU MUST REPORT TO SET TO RECEIVE THIS BUMP! Test from other productions are not valid on this set as each production has their own Covid guidelines and labs. Your results must come from the designated lab that all cast and crew use on this production.

The rate for this specific paid extra on this production is $100 for 8hrs of work (Paid time in a half each hour after 8hrs), which you will receive in the form of a check in the mail 2 to 3 weeks after filming.
If available, please email the information below to mailto:NaomiBGextras@gmail.com
w/ Subject Line: RAVE CLUB 11/29
PLEASE INCLUDE ALL INFO BELOW:
– Name
– Number
– Age
– DATE OF BIRTH. (FOR COVID TESTING PURPOSES)
– Height
– Weight
– Sizes (Shirt, Pants, Shoe, etc.)
– Race
– Do you have visible tattoos? If so where?
– 2 RECENT PICTURES (1 Head shot and 1 Full body)

PLEASE INCLUDE ALL INFORMATION ABOVE IN YOUR EMAIL FOR PROPER BOOKING!!!
A member from CAB CASTINGS, LLC. will call you to book your attendance in a scene and confirm availability if interested in booking you for the project.

PLEASE DON’T CALL US, WE WILL CALL YOU.
Thanks so much and we look forward to seeing you all on set!