Are you a whiz in the kitchen? Do you have a Disney sized imagination to go with those kitchen skills? Can you bake?

If so, here is a chance to get cast in Disney’s Magic Baking Show.  The show is coming back with a new season and is looking for teams that can bake some magic.

The casting directors for the show are looking for teams of 2 people which include at least 1 person who is between the ages of 9 and 15, to compete on the show.  The show is specifically looking for teams of 2 that have an existing relationship such as family members, best friends, siblings, cousins, neighbors or classmates.

Three teams of two young pastry chefs race against the clock to design a Disney-inspired cake in the hopes of being named “Disney Baking Champion.” 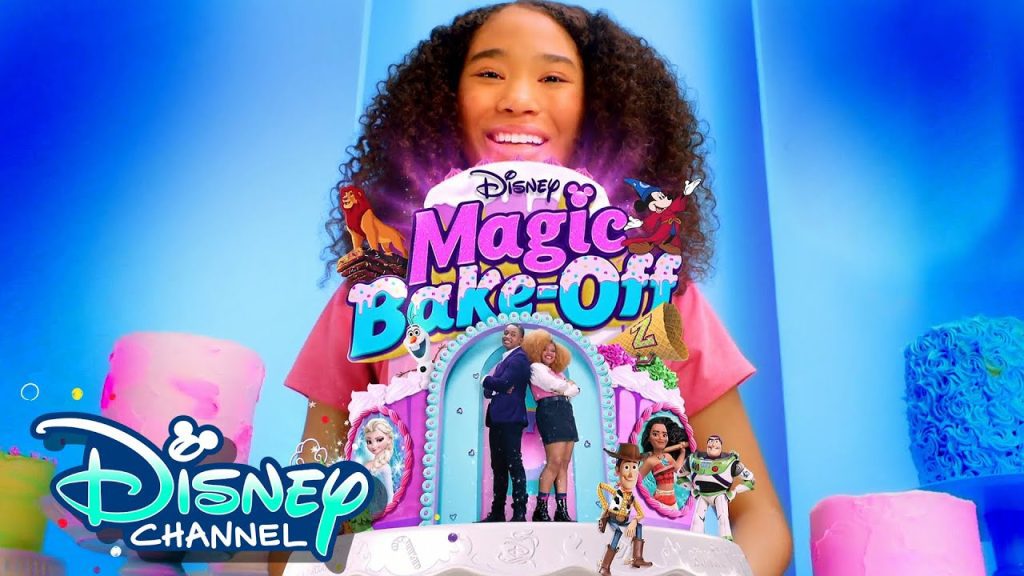 Interested?  Check out the casting notice for the details on how to get onto the Disney show.

We are looking for teams of 2 (consisting of either 2 kids [ages 9-15] or a kid [9-15] and their adult teammate: parent/grandparent/neighbor/etc) to compete in this energetic baking competition. 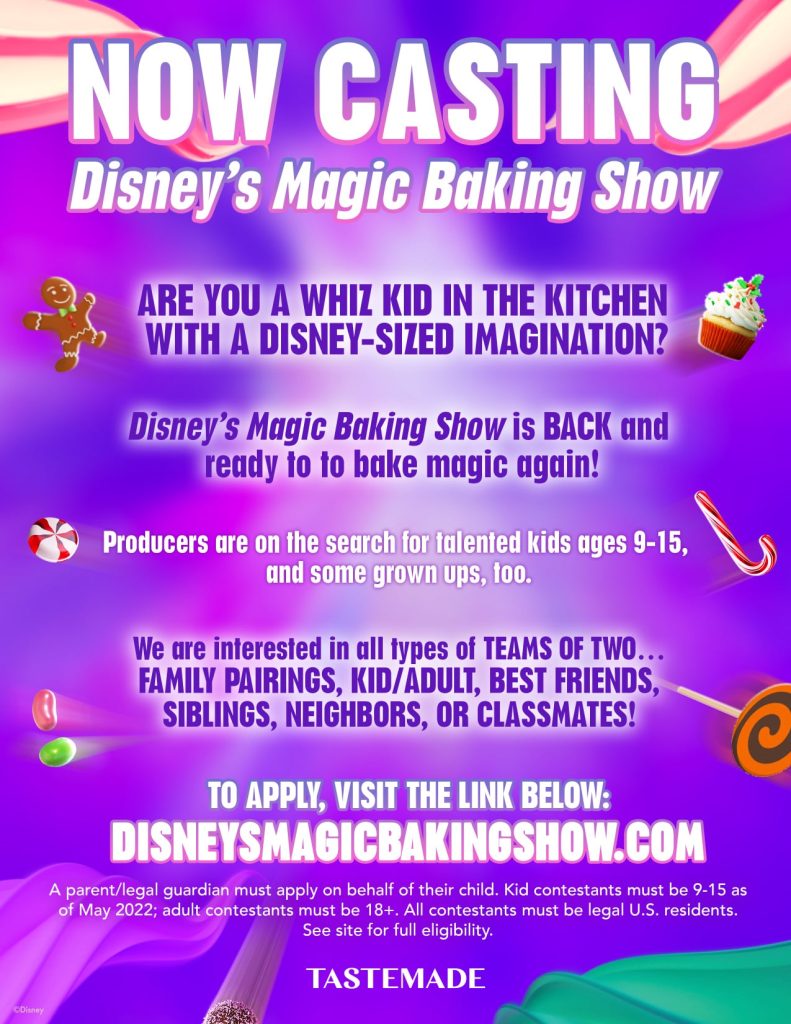