Casting Extras for the remake of “The Color Purple.”

The Color Purple is getting a re-make. Warner Bros. Pictures version of the upcoming The Color Purple movie is currently filming in the Atlanta area.  The movie is a period piece that is set between the 1940s and 1970s and is looking for area locals that can pull off a period look.

The movie is a musical, period drama. The Color Purple movie is being directed by Blitz Bazawule and the story is adapted by Marcus Gardley to be a film, based on the musical theatrical version.

The previous movie, which starred Whoopie Goldberg, the upcoming musical film and the stage version are all based on the 1982 Pulitzer Prize-winning novel written by Alice Walker. Steven Spielberg, decades ago, back in 1985 also adapted the story for a movie. Spielberg and Quincy Jones will be back to produce the 2023 movie version. Also on board in the upcoming production are Scott Sanders and Oprah Winfrey. Oprah Winfrey also starred in the 1985 version of The Color Purple.

The Color Purple is currently looking at a release date of December 20, 2023. 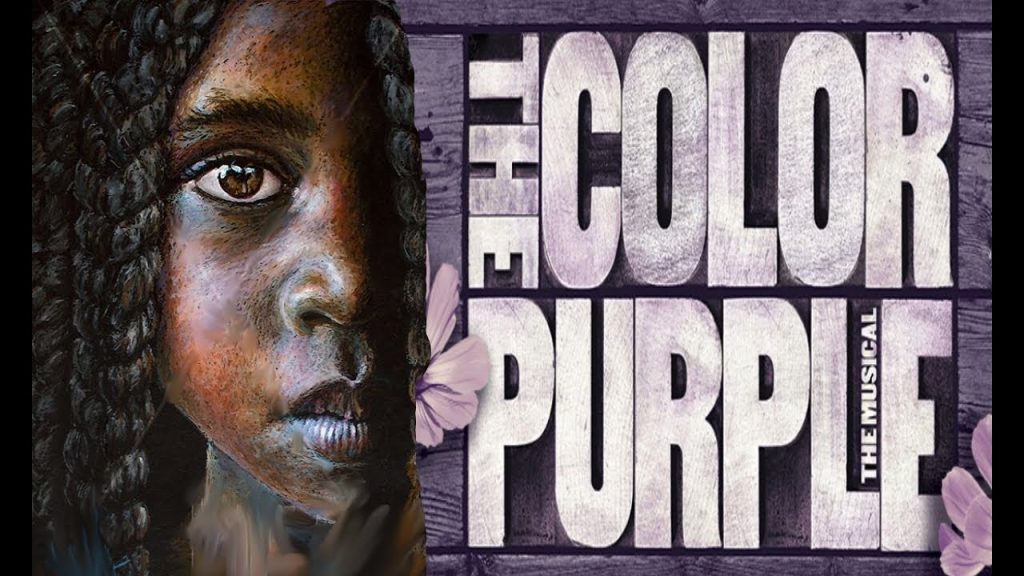 THIS IS A FULLY VACCINATED SET – All background actors must be fully vaccinated with booster
Covid test: TUESDAY JUNE 28 (in Atlanta, GA)
Rate: $27.50/2
Fitting: WEDNESDAY JUNE 29 (in Atlanta, GA)
Rate: $27.50/2
Filming: THURSDAY JUNE 30 (in Atlanta, GA)
Rate: $110/10 + overtime if necessary
Role(s): These roles will be picture picked by the director!
Jail Inmates – African American Female, ages 18-60, slim build
Jail Guard – Caucasian Male, ages 25- 60
This is a period piece meaning no fake lashes, nails must be uncolored and natural, no heavy drawn on brows. No visible piercing or tattoos. No hair extensions, dreads, locs, twists, braids. No unnatural hair colors. No modern cuts or fade. Men must be clean shaven!

TO SUBMIT for this role:
PLEASE FILL OUT LINK https://forms.gle/pSmy15EJENw7foXi9
OR send email ASAP to – colorpurplefilm@gmail.com
with subject line: “INMATE” or “GUARD”
Emails must include the following:
-First & Last Name
-Phone Number
-Email Address
-Recent Color Photo
-Height, Weight and clothing/shoe sizes
-Are you fully vaccinated and have a vaccination card?
-Are you registered with On Location Casting (helpful but not required) 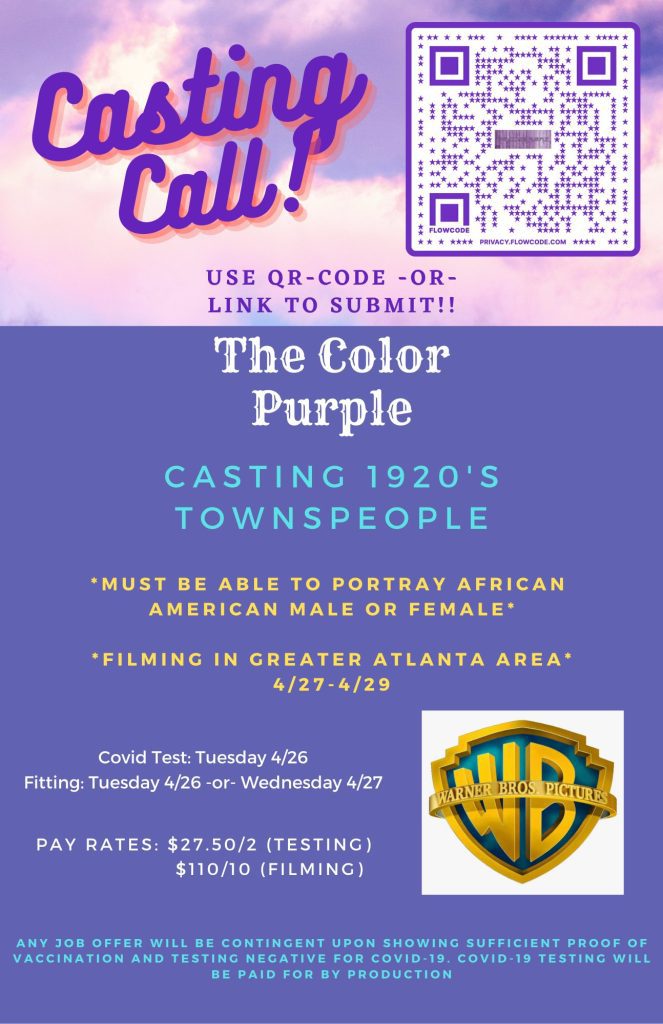