Open casting call for extras and background actors coming up in the Savannah, Georgia area. Would you love to be a paid background actor on set of a hit show like “Fear the Walking Dead,” a new show called “Cave Dweller,” and a Civil War project called “PAX?”  If so, and you happen to live in the Atlanta area here is your chance as extras casting directors from Marinella Casting will be holding an open casting call this weekend for Savannah locals who would like to get in on the act and get paid for their time.

According to the casting notice: Bill Marinella Casting is holding an open call this weekend at Halo Model and Talent in Savannah.  The casting team will be on site and will be taking photos of those who attend so there is no need to bring any photos with you.  The casting directors are asking those who will attend to come in either a dress to impress look or a look that is simple and casual as both looks will be needed for the various productions that extras are currently being cast for.

The open call is only for those who are 10 years old or older and of course minors will have to be in attendance with a parent or legal guardian.  The casting notice does point out that any children under the set age of 10 will not be allowed to participate and will not be allowed into the building.

Also, according to the casting notice, the casting team is requesting that extras fill out an online form prior to showing up which they have made an easy process by including a code most can simply scan on their phones.

The casting notice also states that there will be a wait and there will be lines in order to get seen and that while there will be free parking, parking is on a first come first served basis. 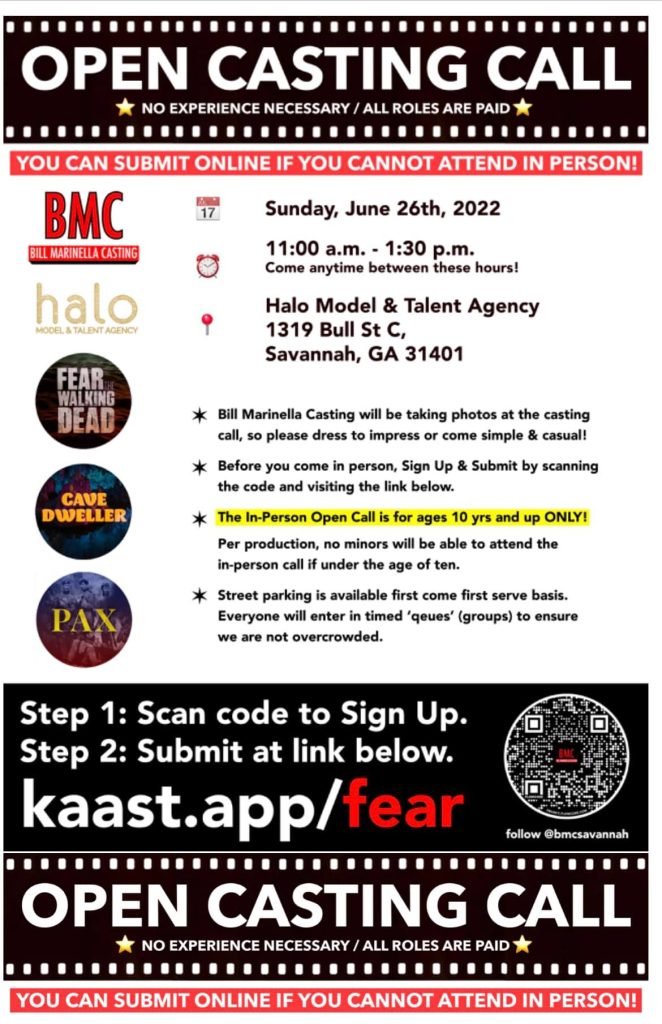