Do you live in Southern California and looking to make a big move shortly?

Are you making a big move? Moving may often be a pretty stressful time but a major cable network and a production company may be able to make it just a bit better.  The Emmy Award winning production company has teamed up with a major cable network on a show that is looking to take all the stress out of moving you.  The show is looking for families, couples, roommates, etc. who are about to move to their new home and could totally use some extra help with their endeavor. Could you use some help with packing, moving, designing and finally making your new space into a home?  The show is casting people in the SoCal area who have already purchased their new home but have not moved in yet and are planning to move into their new house shortly.

NOW CASTING in SOUTHERN CALIFORNIA: Hearst Media Production Group and a Major Cable Network are seeking people who are moving to or within the Southern California area!
If you have a new place but have yet to move in – let our new Home & Design show take the stress away for you!!
Apply ASAP by emailing: Casting1@hmpg.com 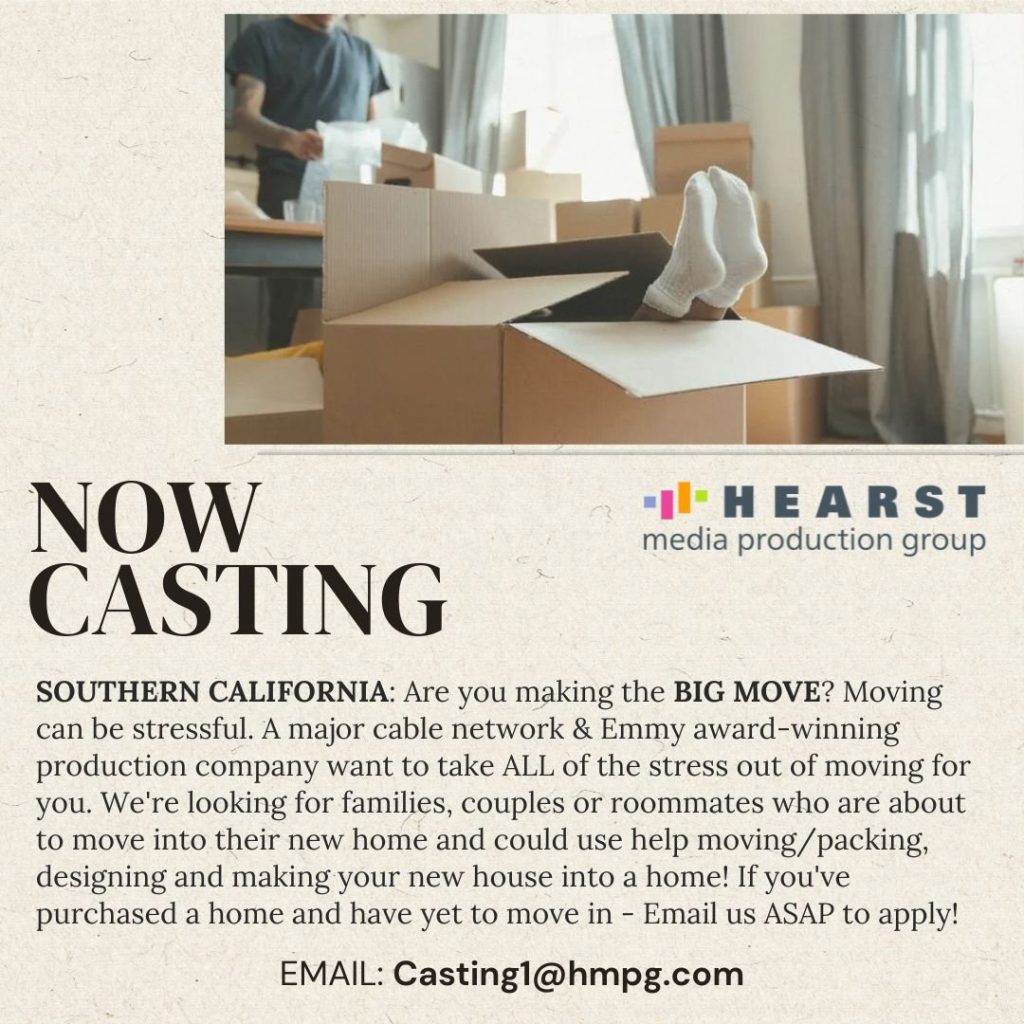