Singing auditions for the production of “Wicked” will be in Atlanta this month.

The show is looking to cast performers for both the national touring production as well as the live Broadway show.  The auditions will be for replacement performers for both show groups and singers of all ethnicities are welcome to apply.  The show and its casting team will be in Atlanta on September 22nd. No professional experience is necessary to audition for the show.

The open call will be done using reserved audition slots and Atlanta area residents that are interested in landing a role in either show must first go online to secure their time slot.

“Wicked” is a re-telling of the L. Frank Baum’s classic story “The Wonderful Wizard of Oz,“….. from the witches perspective. “Wicked” is based on the Gregory Maguire novel “Wicked: The Life and Times of the Wicked Witch of the West“. The story begins before Dorothy ever set foot in OZ, but continues after her arrival. 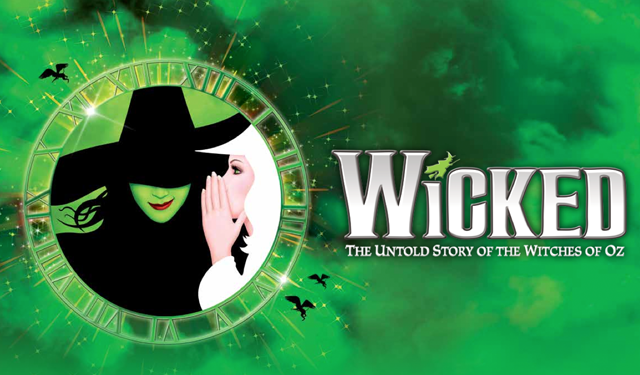 [ELPHABA] Character is female (cis or transgender), 20s, any ethnicity. The “wicked” witch. Born with emerald-green skin, she has had a rough childhood and is an outcast from the beginning. Smart, fiery, sensitive, passionate, misunderstood, sincere, has potent inner beauty, rallies for the underdog, has great talent for sorcery. Needs a sharp actor with a thrilling, powerhouse, contemporary high-belt singing voice. A leading lady capable of carrying a big show. PRINCIPAL

[FIYERO] Character is male (cis or transgender), 20s, any ethnicity, height of 5’11” or taller. A striking prince with a philosophy of “Dancing Through Life.” A wealthy, dangerous party boy who at first is attracted to Glinda. Initially he is shallow and self-absorbed; however, his growing relationship with Elphaba prompts him to reexamine his way of thinking. Needs movement ability and a strong tenor pop/rock singing voice. PRINCIPAL

[THE WIZARD OF OZ] Character is male (cis or transgender), 50s – 70s, any ethnicity. An old carnival huckster who blew into Oz in a hot air balloon and became a false-faced leader. Needs a strong, distinctive, engaging, sweet character actor with a character singing voice. PRINCIPAL

[MADAME MORRIBLE] Character is female (cis or transgender), 50s – 70s, any ethnicity. A sorceress and Headmistress of Shiz University. Dignified, powerful, haughty, has a dark side. Takes Elphaba under her wing, training her in sorcery. Needs a strong, comical character actress with formidable presence. Sings a little; should be able to carry a tune. PRINCIPAL

[NESSAROSE] Character is female (cis or transgender), 20s, any ethnicity. Elphaba’s striking, lonely, compassionate younger sister, she was favored by their father. Has spent her life in a wheelchair. Becomes obsessively attached to Boq and becomes the Wicked Witch of the East. Needs a commanding actress with a stunning face and a strong belt singing voice. PRINCIPAL

[BOQ] Character is male (cis or transgender), 20s, any ethnicity, height of 5’7” or shorter. A helpless, quirky munchkin. Enamored with Glinda, who pays him no mind. Reluctantly, he becomes involved with Nessarose. Needs a comical actor with a strong tenor singing voice. PRINCIPAL

[DOCTOR DILLAMOND] Character is male (cis or transgender), 40s – 70s, any ethnicity. A distinguished and well-liked professor at Shiz University. He is a goat and the sole animal on the faculty. He becomes a victim to the animal discrimination occurring in Oz. Needs a strong actor with a sense of gravity, authority, and comic skill. Preferably tall in height. Sings a little; should be able to carry a tune. PRINCIPAL 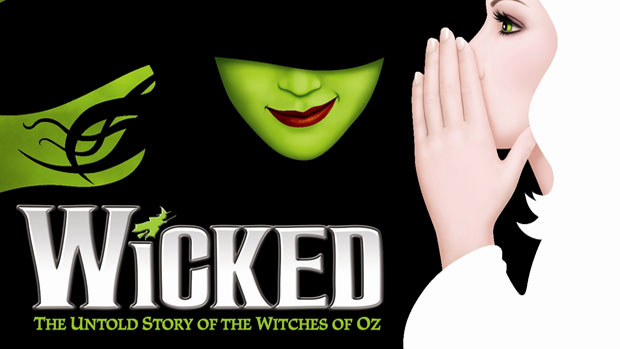 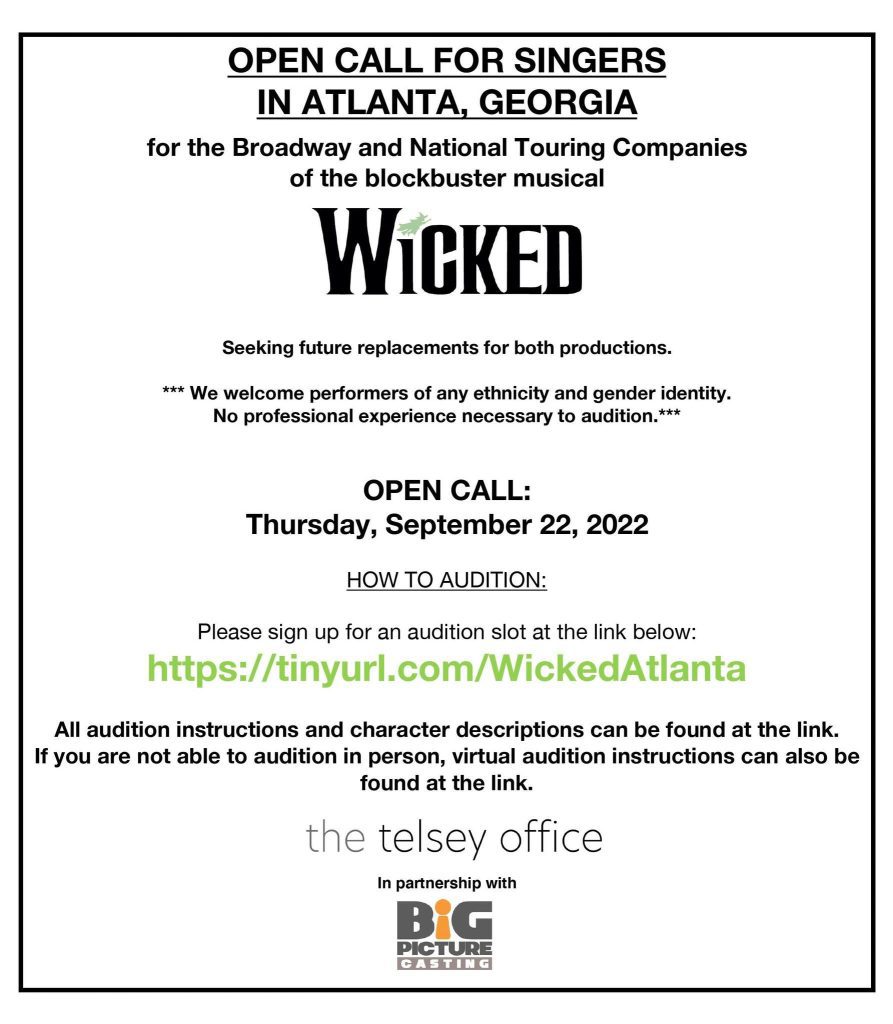 *Note: Equity and Non-Equity actors alike are encouraged to attend. We welcome performers of all ethnicities, gender identities, and ages, as well as performers with disabilities.*

If you have further questions, feel free to email us at WickedOpenCall@gmail.com