An open audition is being held in the Pomona / San Dimas, CA area for the interactive production of Delusion.

The live show will be holding actor auditions on July 14th and also on July 16th in Pomona or San Dimas.  The show is produced by Thirteenth Floor which is an interactive theater company known nationwide for their haunted house experiences.

The company is currently seeking actors who are local to the San Dimas area for roles in the upcoming live production. Auditions are by appointment on the days listed and actors can check out the casting notice on this page for further information about submissions.

This was the first interactive play from Haunted Play/Jon Braver and the first of its kind anywhere in the world. The play helped to evolve interactive theatre as we know it.

The brilliant and now banished psychiatrist, Dr. Frederick Lowell, took seclusion in a decaying mansion where he could continue his dark work in peace; the resurrection of his wife from the dead world. The audience played the part of Lowell’s hated colleagues; those who banished him long ago. In the unfolding story, guests interacted with his twisted family and patients, hoping to get a deeper understanding of the means behind the man. Yet, Lowell would not be held back as his family sought to defend their master from the “shallow minded fools” that have invaded their home. Lowell’s colleagues would not stand in his way. 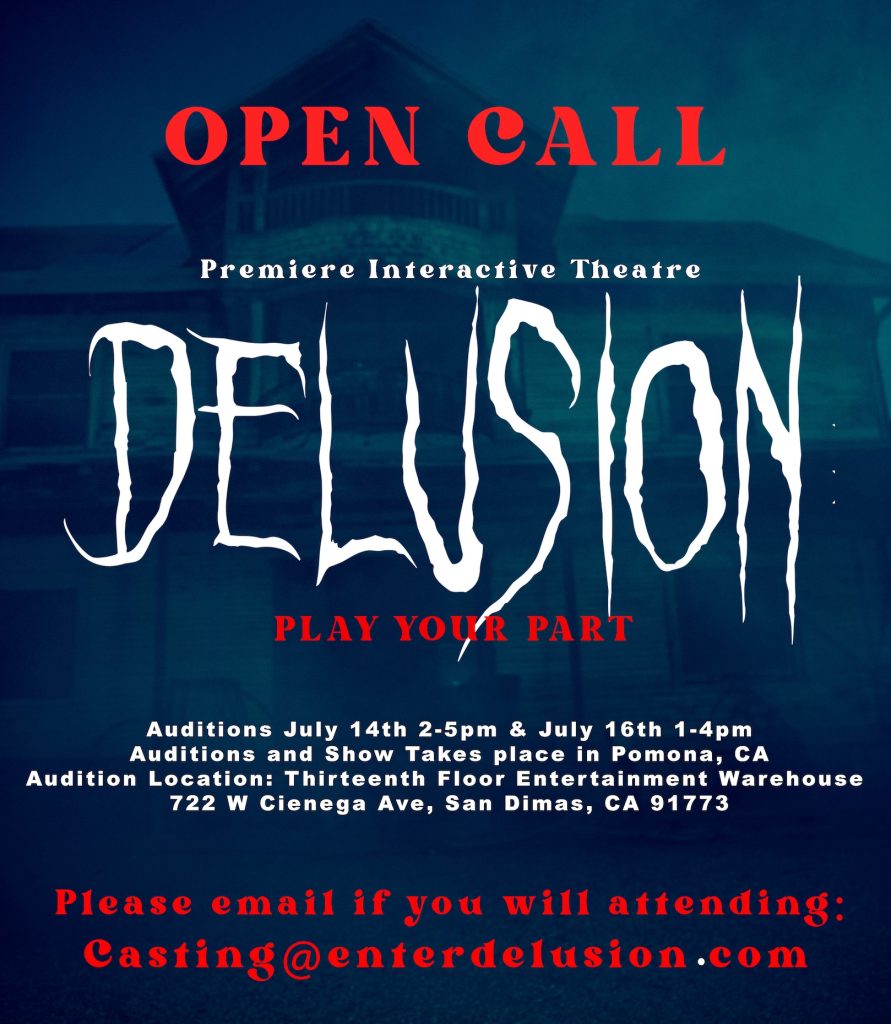