The Seacoast Repertory Theater is holding auditions for “Sweeney Todd.”

The theater is located in Portsmouth, New Hampshire.

Seacoast Repertory Theatre in Portsmouth, NH, is currently accepting submissions for its upcoming production of Sweeney Todd.  The theater and the shows run year round with different shows produced during the season. The story of “Sweeney Todd” was made into a movie which starred Johnny Depp, as the main character of Sweeney Todd and Helena Bonhan Carter.

The twisted story revolves around a barber and an evil judge. Judge Turpin, who was played by Alan Rickman in the film, wanted a woman…badly. The woman he wanted was married to a barber, played by Depp. The judge removed the barber by having him imprisoned for something he did not do. On his release, the barber will change his name to Sweeney Todd in order to exact his revenge on all. His weapon of choice is a barbers razor, and he uses it while in a very twisted state, finds a woman who will take in the bodies and actually make pies out of them.

About the theater company:
Seacoast Repertory Theatre is a nonprofit, theatre in historic downtown Portsmouth, NH. The Seaport mission is enriching the culture of the community through the shared experience of live theatre. According to the theater’s website, the theater is a bold innovator on the American theatre scene, with award-winning art that has been featured in the New York Times and shared through live streams around the globe. 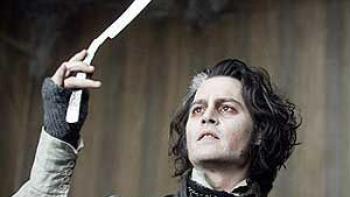 Ensemble members of all ages/types/genders/ethnicities.

And two male-identifying actors for the roles of:

Housing available for out of town performers.

To submit, send headshot and video reels to: auditions@seacoastrep.org

Seacoast Repertory Theatre is a nonprofit, professional regional theatre in historic downtown Portsmouth, NH. It is a bold innovator on the American theatre scene, with award-winning art that has been featured in the New York Times and shared through live streams around the globe.