Chicago’s Simon Casting has a cast call out to fill a speaking roles in an upcoming Empire episode.  “Empire” is in production for season 3 and casting for some very specific talent to fill principal, possibly speaking roles on the show.  The details of the roles are listed below as well as the instructions to follow to request an audition or casting.  Please note that “Empire” casting directors are only considering actors who are local to Chicago.

Auditions for the speaking “Empire” role will be by appointment only.  There is also another casting call for “Empire” extras. The extras casting directors for the show are also casting local talent to fill various non-speaking, extras roles. See below for those details as well. If you or anyone you know fits this description please submit headshot or recent photo, resume and contact info to EmpireCastingCHI@gmail.com

ILLINOIS ONLY SEARCH
MUST BE AVAILABLE FOR ALL AUDITION DATES AND SHOOT DATES.

ROUGHNECK DUDE
Male, Early 30s, African American. Knucklehead type, into hardcore hip hop. Prototype is Method Man. This big, tough guy is getting a hair weave dreads when a celebrity enters the salon. He aggressively asks for an autograph, and gets angry when he’s told to back off…3 speeches & 2 lines. 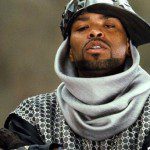 If you or anyone you know fits this description please submit headshot or recent photo, resume and contact info to EmpireCastingCHI@GMAIL.COM

Please only apply if you completely fit the role descriptions and live in the Chicago area. How to be an Extra on “Empire”

“Empire’s” extras casting team has setup an online form and they are requesting that Chicago area talent interested in working as a paid background extra on “Empire”  fill out the form for consideration. See this page for information.

Please only reply if you are new to Empire and are available to work all day tomorrow.

1) Put the role you’re submitting for in the subject of your email.
2) Include your name, age, height, weight, measurements, phone number, current zip code, and email address in your email.
3) Send 2 RECENT, candid photos of yourself (one full length, one from the shoulders up so we can clearly see your face). The better the photo quality, the better your chance of being chosen.
5) Confirm if you have a black suit.
6) NAME YOUR JPEG WITH YOUR FULL NAME!

See this page for extras info.

2 thoughts on “Audition for a Speaking Role on Empire”