Hole in the Wall is a very popular Japanese game show that is now being produced in the US as well.

Cartoon Network is holding casting calls for contestants who want to appear on their game show “Hole in the Wall”. The show uses teams of 3 who normally consist of 1 adult and 2 children in the kids reality / game show. Hole In The Wall puts 2 teams of 3 against one another in various challenges that consist of 1, 2, or all 3 squeezing through an odd sized hole on a moving wall. Those that don’t make it through the hole, fall into a small pool of water. The team that gets through the most holes without falling in the pool wins the show.

You may apply online here 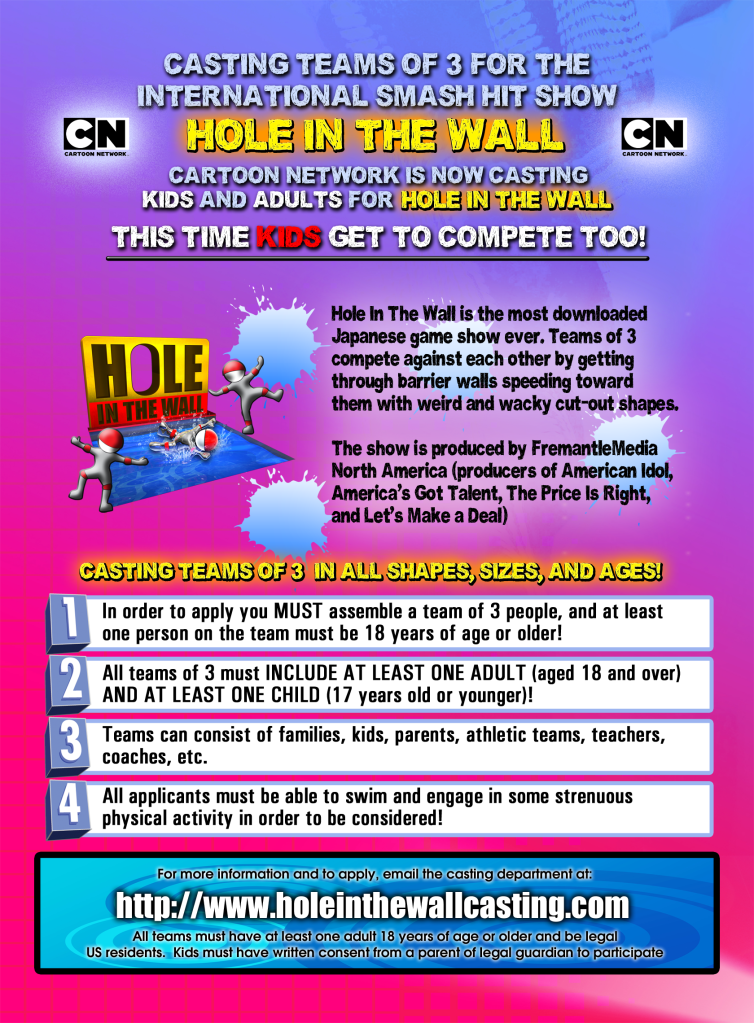