Posted by the Producer
This notice was posted on auditionsfree.com

CASTING FOR MAJOR ROLES IN FEATURE ‘DISCONSOLATUS’:
An independent feature from Vahana Films. Set in apocalyptic Toronto, this psychological sci-fi trip follows a crew of unlikely comrades that must ban together in the wake of a mysterious infectious disease, Disconsolatus. Mandatory evacuations leave those unlucky and possibly infected few behind to fend for themselves and to fight for a dignified future. The stigma of mental illness and the power of Big PHARMA are explored through this fictional reality that is not too far from our own.

Reply to post with HEADSHOT, BIO AND STATEMENT OF INTEREST. 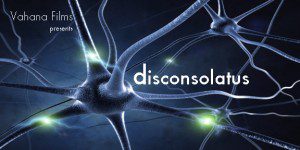