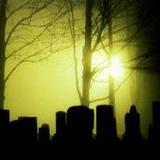 About the movie:
Bachelors Grove – The Movie
Bachelors Grove Cemetery is one of the top ten scariest places in America, often featured in main stream television networks. “Bachelors Grove” is the first movie ever made inspired on this subject.

A series of bizarre murders terrorize the peaceful community of Bachelors Grove. Friendly citizens suddenly turning against their own families. What’s causing such aberrant behavior? Who’s next?

Please include the character(s) you wish to be considered for in the subject:

Union and non-union actors are welcome to submit.

Shooting is scheduled to begin mid-July, 2013 in Chicago, IL (USA)

6 thoughts on “Acting auditions for a movie Chicago”