Fashion legend, Diane von Furstenberg will be getting her own reality show and a casting call has been released for ambitious young fashionistas who are dying to join the the fashion world. Unlike other top fashion shows such as America’s Next Top Model, Project Runway, The Face, Next Fashion Star, etc, this show will be more of a documentary type show that is described as a “transformational docu-series for the millennial fashionista.” Diane Von Furstenberg will be seeking ladies who will compete to be the next Diane Von Furstenberg style ambassador.

The show will begin production in early 2014 and filming will include cameras following 8 young, smart, ambitious and driven fashionistas as they work alongside fashions biggest names and experience what it is like to be a part of that world. It goes on to say that those cast may have a chance to learn design, marketing and PR from the fashion icon herself.

The show has not revealed many details of what they will be doing, who they will be doing it with, where the show will film or what the prize is exactly for the show’s winner, but the notice does mention that the winner will possibly travel the world, attend store openings, act as an ambassador and have a once in a lifetime experience. 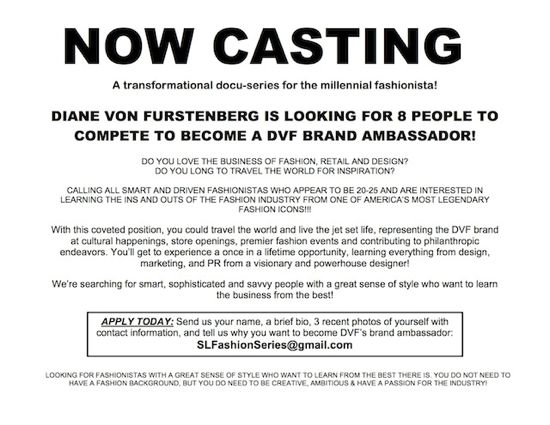 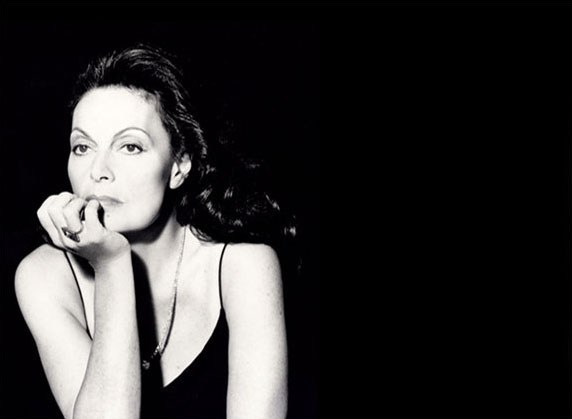 The new fashion show will follow eight “smart and driven fashionistas who appear to be 20-25 . The show will film for around 8 weeks sometime in the spring of 2014. The show is looking for people with a great sense of style. If you are the next “Millennial Fashionista” check out the casting flyer to apply today! You will need to send a short bio along with 3 photos to the email address listed above.