Are you queen of your kitchen (or king), or a disaster in the making? Either way you have a chance to be on a reality cooking competition and maybe win some cash with your insane culinary skills, or lack there of.

Attention New Yorker’s that LOVE to cook! The Food Network’s reality cooking competition “Food Network Star” is coming to you!

Have you dreamed about having your own cooking show? Do you have the ambition, personality and drive to pull off winning a reality competition? If you do… and love to cook, you can be the next “Food Network Star”.

The show is now casting for the 2014 season nationwide and the next open casting call will be held in New York City, as well as some other places, but we will remind New Yorkers right now.

Are your culinary creations to die for?

Do you impress your dinner guests with your culinary skills?

Do you have a “reality TV” personality?

Can you win over a crowd?

If all the above describe you then you may just have a chance to be the next “Food Network Star” and star of your own culinary show!

This is a show for home cooks and foodies! You do not need to be a professional chef to apply. You can check out foodnetworkstarcasting.com for the application, which producers are hoping that candidates fill out before attending the open casting call. Also, you must be at least 18 years old and a US legal resident. The show is also asking that those applying bring a photo of themselves that they can leave with the casting directors as well as a resume if you have one.

Not the next Food Network Star? Luckily the network is also casting “Worst Cooks in America”. That’s right, if your food sucks beyond belief you can apply for a different show! The Food Network has something for everyone.

Not in New York? It’s OK because other “Food Network Star” Tryouts are going on as well. 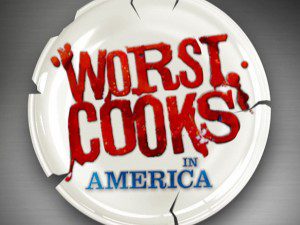 Here is the “Worst Cooks in America” Casting info:

Are you a really bad cook who needs major help in the kitchen? Do friends avoid your dinner parties like the plague?

Does your husband or wife serve you dinnertime disasters? Does your friend suffer from kitchen anxiety or food phobias?

If so, nominate yourself, a friend or a family member to compete in a grueling culinary boot camp on the fifth season of Food Network’s prime-time reality series, Worst Cooks in America.

Tell us why you (or the person you are nominating) are the most disastrous cook in the country. Email us at WorstCooks@TheConlinCompany.com with the name, age, hometown, occupation and contact phone number of the nominated hopeless cook, plus a recent photo. If nominating someone else, please include your name and contact information as well.

So whether good or bad, hey, you have a shot at putting those cooking skills to the test and showing America what you’ve got!