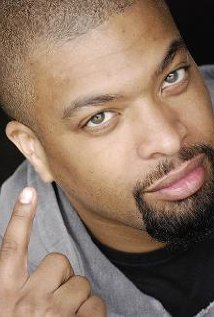 ‘Mind of a Man’ Deray Davis

GSN is creating a new game show. The new game show is casting ladies to participate and go into the ‘Mind of a Man’.

Have you even wondered what goes on in the ‘Mind of a Man’? A new GSN game show is coming to give us some insight!

The new show will be produced by Mark Cronin who produced many reality shows including Flavor of Love and Bret Michaels: Life As I Know It.

‘Mind of a man’ will feature female contestants who try to figure out what a man is thinking. The ladies will get some help from celebrity panels and guest stars.

The new show is supposed to be a fun and humor filled way to answer the question that many women often ask themselves…. what exactly was he thinking.

The show will do ‘Family Feud’ style surveys asking 100 men a question, the shows contestants then have to guess the answer.

Since this is a game show, the winner will receive a sizable cash prize. Comedian DeRAY DAVIS ( G.I. Joe: Retaliation, 21 Jump Street, Life as We Know It) has been set to host ‘Mind of a Man’. The show will air on GSN sometime this winter or early spring 2014.

Ladies, do you know what is in the MIND OF A MAN?

From GSN and 51 Minds, who produced CRAM and BEAT THE GEEKS, comes a hilarious new game show asking women if they know what men are thinking!

If you have an opinion about MEN, then we want to hear from you!

Please provide the following in an email to: mindofaman2013@gmail.com

PLEASE NOTE RESTRICTIONS: You must not have appeared on a game show on GSN in the past three years nor any other network game show in the past year. You must be age 21 or older.

GSN is the Game Show Network and offers both original game shows and reruns of well known classics.
GSN is a joint venture between DirecTV and Sony Pictures Television.