The Blue Man group is a theatrical sensation that produces shows in many cities of the United States and tours all over the world. The production will be holding auditions in Los Angeles, Chicago and New York for skilled performers and musicians that would like to put on the blue paint and kill it on stage.

The show is seeking trained actors and performers who have great improvisational skills and an ability to take over a stage. The show is a very physical one and actors need to be trained in physical theater, comedy, improv and general clowning around.

The auditions are still weeks away so those who would love to be a part of this… have a bit of time to get their acts in order.

Blue Man Group, the international entertainment phenomenon, announces the 2014 Blue Man Group open casting call schedule which will run from June into October or later. Performers can also mail in their submissions if they do not live in one of the audition cities.

There are some requirements: 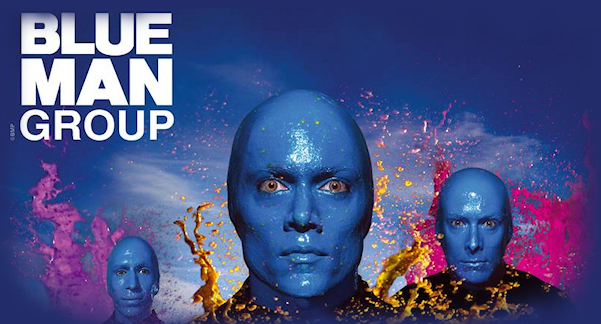 Blue Man Group, the theatrical sensation, is searching for performers for current production in the US!

A Blue Man performer has the unique opportunity to utilize their artistic abilities in an exciting and dynamic experience unmatched by any other stage production. Trained actors with physical theater, clowning, improvisation skills who fit the physical specifications required by the job are legitimate candidates. Best known for multimedia performances that feature three bald and blue characters, Blue Man Group is theater, ritual, performance art, comedy, rock music and dance party all rolled into one.

NEW YORK Auditions are by appointment only

If you are in the New York area, meet all physical requirements (5’10” – 6’2″, athletic build) and have not auditioned in the last 12 months, please submit your headshot and resume to casting@blueman.com.

LOS ANGELES Auditions are by appointment only

If you are in the Los Angeles area, meet all physical requirements (5’10” – 6’2″, athletic build) and have not auditioned in the last 12 months, please submit your headshot and resume to casting@blueman.com.

If you are in the Chicago area, meet all physical requirements (5’10” – 6’2″, athletic build) and have not auditioned in the last 12 months, please attend the Open Call

It will be located at  the Briar Street Theatre between 10am and 4pm.

For Blue Men only.

Check out the Blue Man Group performing on the Ellen Show