The feature film “The Mississippi Crime” will be holding an open casting call for the teen principal role.

The production is seeking to cast the role of Emmet Till, a 14 year old African American boy who was murdered in August of 1955 in Mississippi. The film is seeking young actors in their late teens to early 20’s to play the emotionally charged role.

Also, the production is casting for hundreds of extras in the Philadelphia PA area. The open call will be held on the 18th of this month at the Treasure Banquet Hall. Please see the below flyer for further details.

According to the Wiki page, Till’s murder is noted as a pivotal event motivating the African-American Civil Rights Movement. Emmet Till was an African American teen who was visiting relatives in Mississippi. During a trip to the store, he flirted with the store’s owner, a 25 year old woman. A few days later, the woman’s husband and his brother drug the boy away from where he was staying, tortured and murdered him. The boy’s mother chose to have an open casket funeral so everyone could see what was done to her boy. Tens of thousands attended.

The boy’s very gruesome murder and the eventual acquittal of his murderers drew national criticism on Mississippi.

CASTING CALL IN PHILLY! ALSO IN NEED OF 100-200 EXTRA’S THIS MOVIE WILL BE MAJOR! 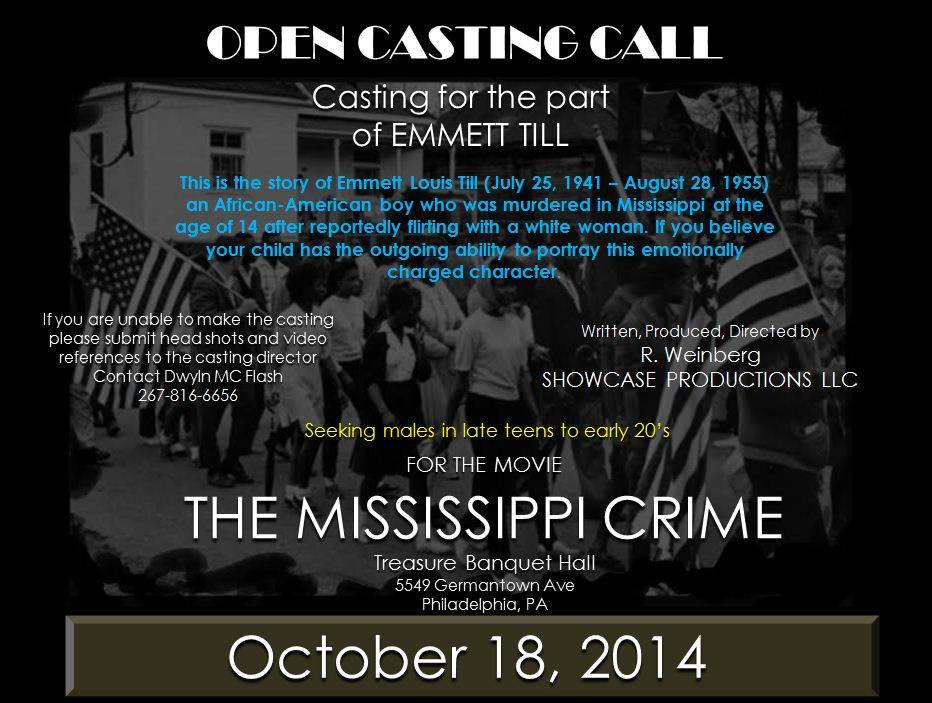