Extras wanted in Georgia for the first film in a new science fiction / alien invasion series of films.

The new post-apocalyptic saga is looking for lots of extras between the ages of 18 and 80 for a scene that will be filming next week on Tuesday.

The Fifth Wave is based on the books written by Rick Yancey also called “The 5th Wave”.  Producing the new film is “Spiderman’s” Toby Maguire. “The 5th Wave” is set in a world that has been devastated by a series of alien invasions. The invasions have been coming in waves and the 5th wave of alien invasions is upon them. The film will follow the story of Cassie Sullivan, a teen girl who has survived 4 alien attacks and is now fighting for survival again. Through all the turmoil, Cassie becomes separated from her brother and must now rush to find him before the 5th Wave. Cassie meets another teen along the way, the mysterious Evan Walker who is played by Alex Roe . “The 5th Wave” will also star Liev Schreiber as the bad guy and Nick Robinson as ‘Zombie’. Taking the lead role of Cassie is Chloë Grace Moretz who played hit girl (Mindy) in Kick Ass. 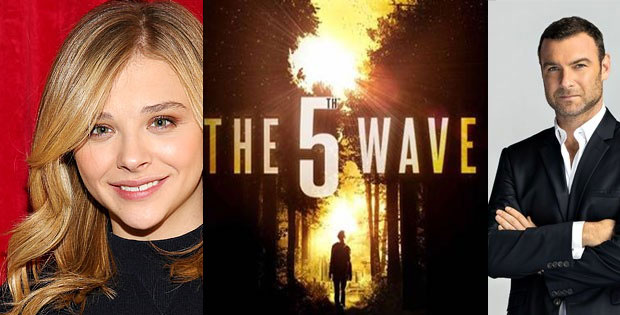 FYI this is the next epic series of films in the post-apocalyptic genre. It’s an Alien/Sci-fi intense drama and this film is the first of a series of films that will be made (based on the book of the same title).

PLEASE READ CAREFULLY
Casting for MEN and WOMEN, ages 18 to 80!!
ALL ethnicities/races for an intense quarantine scene.
We need patients and some police, nurses and doctor types as well!

IMPORTANT NOTES
1. This films in Atlanta (inside the perimeter) and will be a daytime shoot. You must be available the entire day.
2. PLEASE NOTE THE SUBMISSION EMAIL FOR THIS FILM

Please submit to: 5thwavecasting@gmail.com
and put “QUARANTINE” in the subject line

CURRENT PHOTOS
(one of from shoulders up and one from the knees up- HAIR COLOR AND LENGTH MUST BE VISIBLE IN ONE OF THE PHOTOS AND PLEASE NO PHOTOS WITH HATS, SUNGLASSES OR OTHER PEOPLE IN THEM!!) – thank you

and also INCLUDE:
First and Last NAME
PHONE # (s) (XXX-XXX-XXXX format please)
EMAIL address
CITY and STATE where you live (or will be coming from)
AGE
Height
Weight
SIZES:
Women: dress size, bust/bra/cup , pants, waist, shoe
Men: jacket/coat, collar, sleeve, waist, inseam, shoe
This will film/shoot in the Greater ATLANTA area and you must be willing to work local here as an extra. The pay is $64 for 8 hrs with overtime after that.