Are you ready to get chased by dinosaurs?

Universal Pictures big dinosaur movie “Jurassic World” is coming to Louisiana and is looking for movie extras and background actors! Fans of Jurassic Park in New Orleans will now have a chance to get into the film.

Your chance to get into the movie because Universal’s “Jurassic Park 4″ needs to fill 1000’s of background roles and are starting the casting process early to find the thousands of people that they will be needing. The film is looking to cast kids, teens, adults and seniors – Ages 5 to 85 are welcome to come on down and try out for a role.

The new “Jurassic Park 4” film, “Jurassic World” will begin filming in New Orleans this summer and casting directors are looking to hire 1000’s of paid extras in the New Orleans area.

Casting directors for the movie will be in New Orleans next weekend to hold an open casting call for extras and background. The film is currently shooting in Hawaii and production will be moving to Louisiana in June. The film is planning on shooting for 11 weeks in the New Orleans area beginning on June 2nd.

The production is using the working title “Ebb Tide”. The film will star Bryce Dallas Howard and Chris Pratt. After a Hawaii shoot, it is scheduled to film in New Orleans for 11 weeks starting June 2, with a scheduled release date of June 12, 2015.

To cast the 1000’s of paid extras that they need, producers have 2 upcoming casting calls scheduled for March 29th and 30th. Those interested can come down to the Grace King High School cafeteria located at 4301 Grace King Place in Metairie. Casting directors will be there from 12 to 6 PM on both days to meet with people. Producers are requesting that you bring 2 forms of ID because you will be filling out employment paperwork.

This will be the 4th film in Steven Spielberg’s Jurassic park franchise and Steven Spielberg is one of the executive producers on the project. The new film is supposedly a continuation of the Jurassic Park story from 2 decades ago. The dinosaurs are now in a new park on a new island.

The movie is set 22 years after the original and is rumored to be bringing in dinosaurs even more terrifying than the T-Rex. Other than that, the films plot has been kept very hush hush. 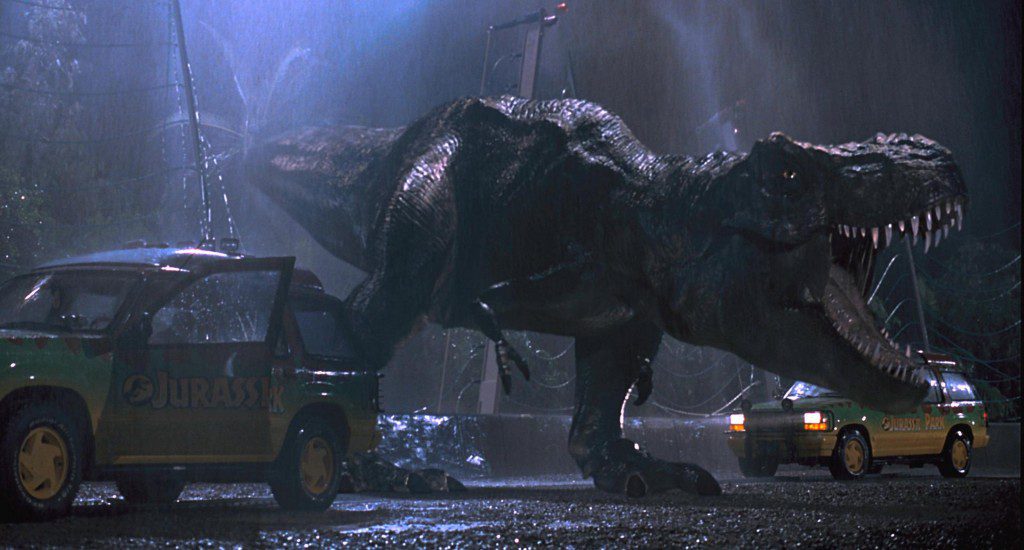 Men, women and families of all ethnic backgrounds and between the ages 5 to 85.

The film crew is also interested in casting those who are in the military.

“Jurassic World,” is being directed by Colin Trevorrow and the film will be roaring into movie theaters… in 3D, summer 2015.