“Louder Than Bombs” starring Jesse Eisenberg holding online Auditions for lead and supporting roles and having an open call for background actors.

There are 2 principal teen roles up for grabs in a feature film starring Jesse Eisenberg (The Social Network), Isabelle Huppert and Gabriel Byrne.
For the teen roles, casting directors are accepting online self taped video auditions for 2 open roles. The film is seeking to cast the roles of Conrad and Melanie. Conrad is the son of Gabriel Byrne’s character and Melanie is a pretty, popular girl that Conrad goes to school with whoo is described as “out of his league”.

Online auditions have been open for over a month now and the deadline has been extended until August 5th for those who would still like to audition. Since the auditions are available online, teen actors may upload their casting videos from any location, however the open casting call will be held in New York City. 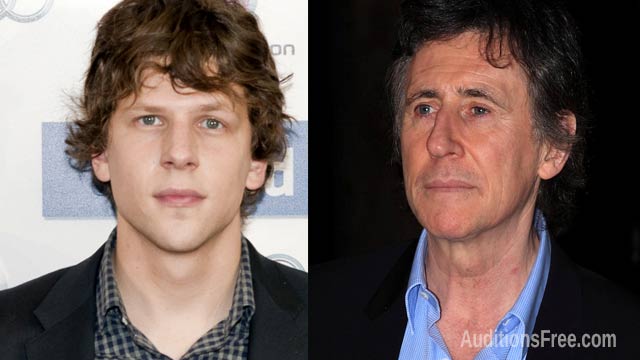 CONRAD
14-16 to play 15, Caucasian. The son of Isabelle and Gene, younger brother of Jonah. Nerdy, insecure, pubescent and pensive. Has a mysterious quality about him, lonely and without friends. His exterior and interior don’t necessarily match: awkward, combative and aloof, it is reasonable to suppose he could be a dangerous kid, but in fact he is genuine, surprisingly empathetic, an idealist – and even a romantic. LEAD

MELANIE
Female, 14-16 to play 15, open ethnicity. A beautiful, popular girl from Conrads class. Completely out of Conrad’s league. Not the best student – often mispronouncing words and emphasizing the wrong parts of sentences. However, like Conrad, Melanie’s exterior and interior don’t necessarily match – we find she has a depth of feeling and understanding that we might not have first supposed. SUPPORTING

Teens must be 14 to 16 years old and will be playing 15 year olds. If interested in the roles, please see below for the link to the casting directors page for further submission instructions.

The film will also be holding an open casting call for teen extras, so those of you not fitting the above characters can still try out for a small role in the film. Central Casting is looking for teen and young adult extras who are able to portray high school students between the ages of 14 and 17. The open call will be held in New York. The film will begin production this fall in September. Please see the below casting flyer for further information on the open call including the date and address. 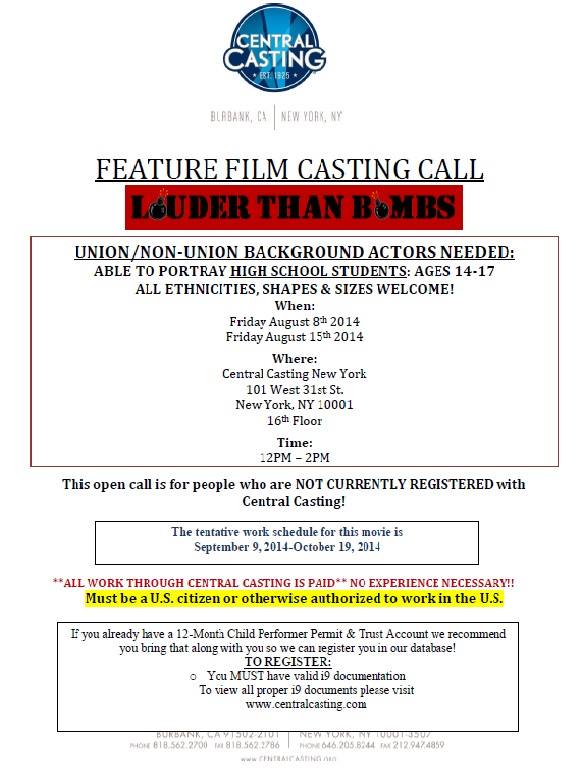 The film is accepting online video auditions that will be self taped. Online casting is being done through the Cast It website.