MTV’s The Real World is now casting for a totally new season of the hit reality show.

Multiple open casting calls have been announced and this weekend the search is coming to the c’s… That is Chicago, Columbus and Columbia. They are searching for participants for the show that are ages 20 to 24 or appear to be that age. You must be at least 20 to apply.

MTV’s iconic reality series “The Real World” is looking for cast members! Would you love to be one of the roommates on the show?

Here is a chance. Just come on down to the casting location specified for your city for a chance to get on MTV’s The Real World.

If planning on attending, be sure to bring some ID with you and a photo of yourself, if you have one. 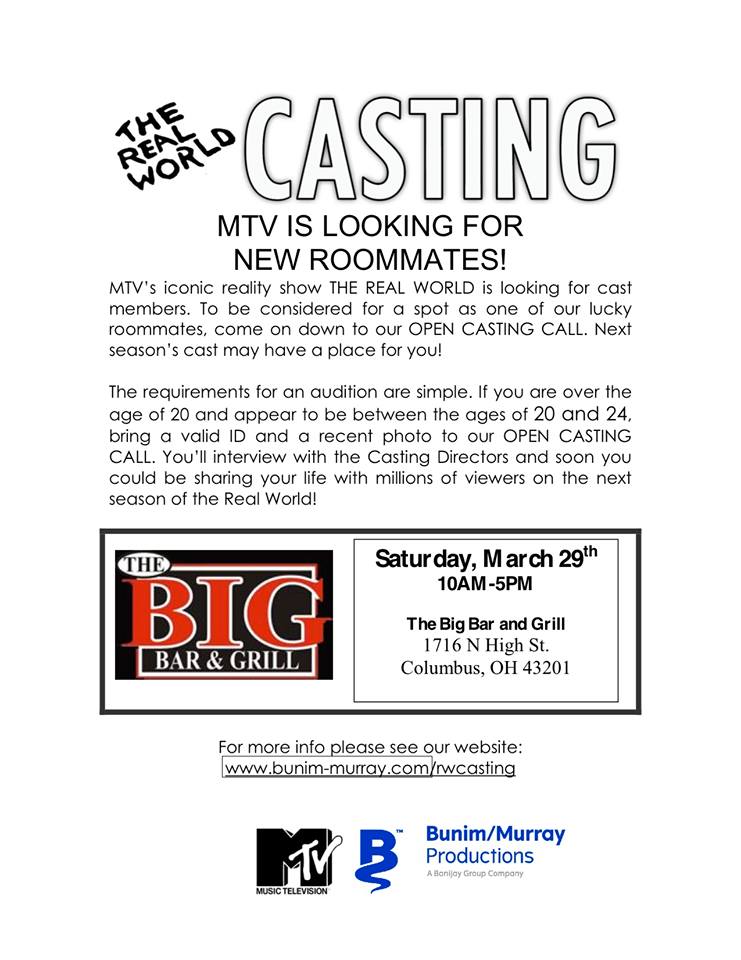 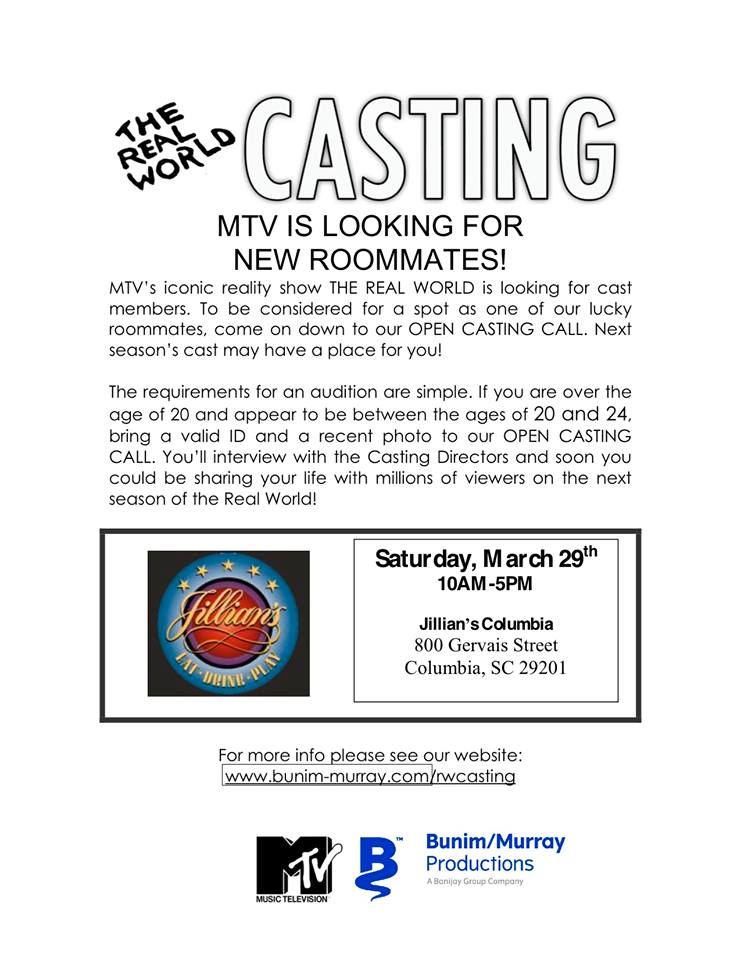 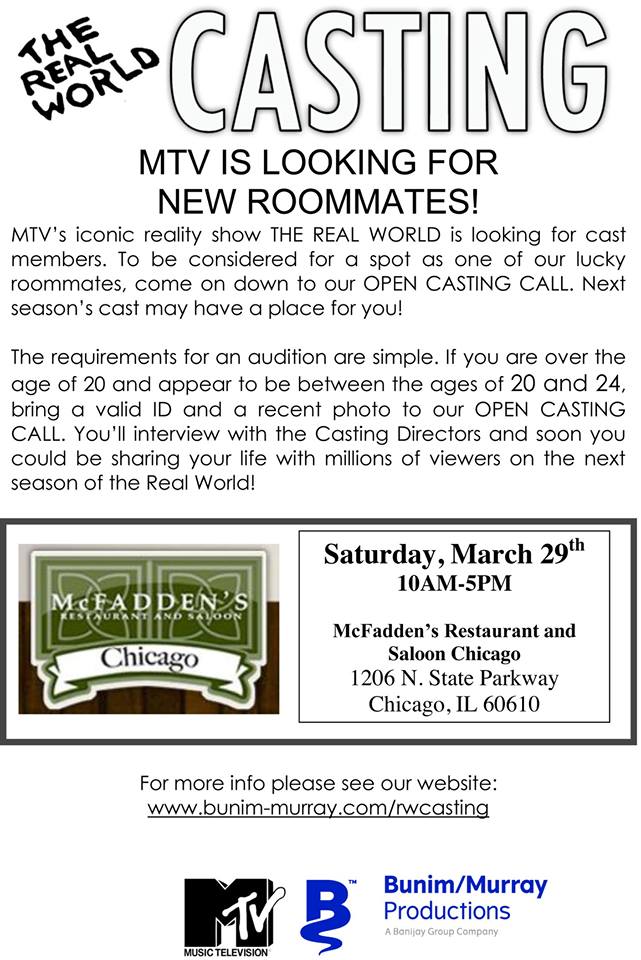 The Real World reality show centers around a group of strangers that are sent to a city to all live together under one roof.

The participants are given various tasks and jobs they also do during the show.

The show is produced by Bunim-Murray productions for MTV.